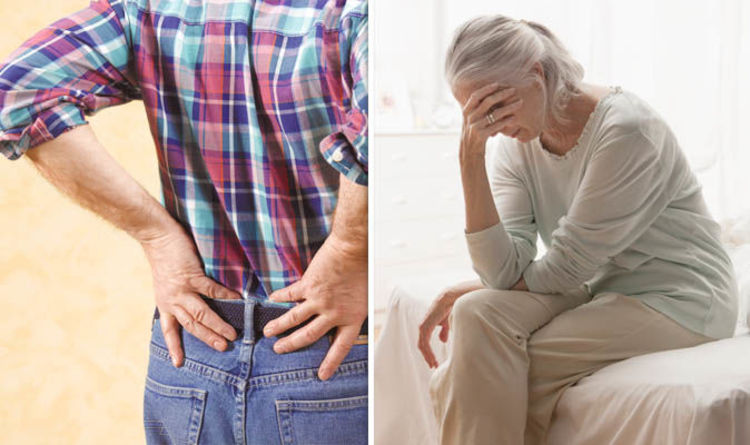 For the latest research has found that over-50s delay seeking treatment for an average of 16 months despite the fact that two thirds of pain sufferers are prevented from living their lives to the full.

Over two in five (42 per cent) over 50s are needlessly suffering with pain – such as knee, hip, back or neck pain – and 85 per cent have suffered over the last two years, according to a new study from leading orthopaedic experts group, Fortius Clinic.

The pain is so severe that two thirds (63 per cent) of sufferers have been prevented from leading normal lives, being unable to drive, see friends or play sports, with one in 10 admitting it has affected their mental health.

But despite living in crippling pain, many (64 per cent) are suffering in silence by either putting off or never seeking treatment. On average, those who delay treatment do so for a staggering 16 months.

Knee pain causes the longest suffering, with 57 per cent delaying or never getting treatment and those who delay doing so for an average of 17 months.

Hip pain is the most commonly ignored with 63 per cent of people delaying treatment or not seeking it at all. Those who delay do so for an average of 14.5 months.

Women with hip pain are some of the most reluctant to seek help, being twice as likely to delay treatment for up to a year in comparison to men (31% vs 16%).

However, the study found that in hindsight some regretted their decision to delay, with one in five (19 per cent) wishing they had sought help sooner and 14 per cent considering self-funding to access treatment more quickly next time.

With knees (37 per cent) and hips (24 per cent) two of the most common causes of pain for the over 50s in the last two years, orthopaedic experts argue this group should stop putting their lives on hold and seek help sooner rather than later if symptoms are sufficiently bad.

“Over 50s today are more active than ever and should be looking forward to so many more healthy years ahead – but by ignoring their pain and disability, and the success of joint replacement, they are condemned to prolonged suffering.”