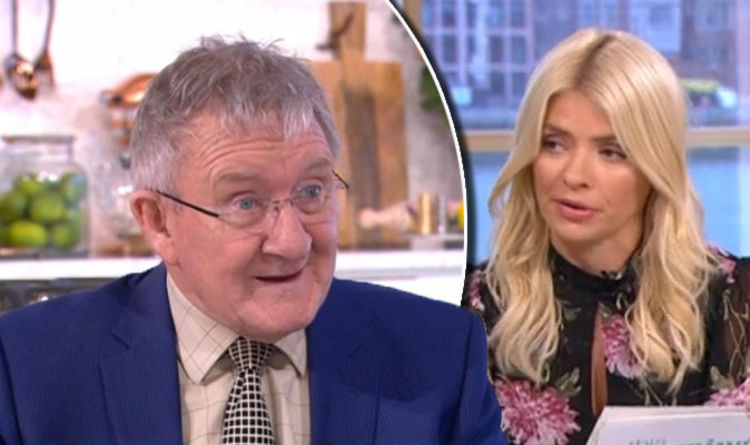 The TV GP said a study by researchers in Sweden have revealed regularly taking anti-inflammatory drugs such as ibuprofen can prevent the muscles growing.

The doctor joined hosts Holly Willoughby and Phillip Schofield on This Morning today.

He said the study, which was conducted by the Karolinska Institute, looked at the impact of ibuprofen on the muscles of young adults taking part in weight training.

After eight weeks, the experts measured muscle growth and muscle strength of the participants.

They found the muscles of the participants in the low aspirin group had increase in size – twice as much as those who had taken the ibuprofen.

Dr Chris said ibuprofen is a very popular painkiller for people with arthritis.

He said: “Ibuprofen patients were getting less muscle growth. Muscle strength was less as well.”

“If you take this to the older age group who are getting it on prescription at higher doses, their muscle bulk could be affected,” he explained.

“Whatever we say on this programme go and speak to your own doctor.

“Maybe your GP might reduce the strength. Maybe you don’t have to take it.”

Dr Chris said if muscle strength declines, it could cause more falls.

“Elderly people fall,” he said. “They often just trip over or fracture a hip.

Last week, experts were were told ibuprofen – one of the most widely prescribed drugs in the world – increased blood pressure more than other non-steroidal anti inflammatory drugs (NSAIDs).

The warning was issued yesterday by scientists during a conference in Barcelona on cardiovascular disease.

The over-the-counter tablet is often the choice for millions in the UK who suffer from the agony of arthritic pain every day.