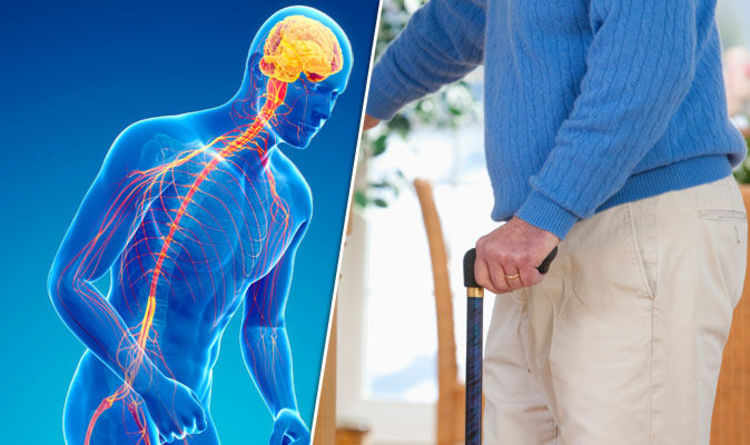 Parkinson’s disease symptoms develop faster or slower in different people, and their severity is different for each person.

The most common symptoms of the condition include tremors, slowness of movement and muscle stiffness.

The three main symptoms are often described as ‘parkinsonism’, as there can be causes other than Parkinson’s disease, said the NHS.

There are also uncommon signs of Parkinson’s that are both physical and mental.

“Parkinson’s disease is a condition in which parts of the brain become progressively damaged over many years,” said the NHS.

“There are many different symptoms associated with Parkinson’s disease.”

Losing your sense of smell may be a sign of the brain condition. It occurs over several years, but before other symptoms develop.

Nerve pain can cause burning sensations or numbness, too.

Other symptoms of Parkinson’s disease include balance problems, constipation, and erectile dysfunction in men.

Frequently getting up in the night to urinate may be a sign of Parkinson’s disease, as is unintentionally passing urine.

Excessive sweating, dizziness and insomnia are all physical symptoms of the degenerative condition, the NHS said.

But, Parkinson’s disease can also cause depression, anxiety, cognitive impairment and dementia.

You should see a GP if you’re worried that you may have Parkinson’s disease, or if you have symptoms of the condition.

The GP will analyse your medical history, and decide whether you should see a specialist for further tests.

About 145,000 people will be diagnosed with Parkinson’s in the UK this year, according to charity Parkinson’s UK.

Most people who get the condition are aged 50 or over.