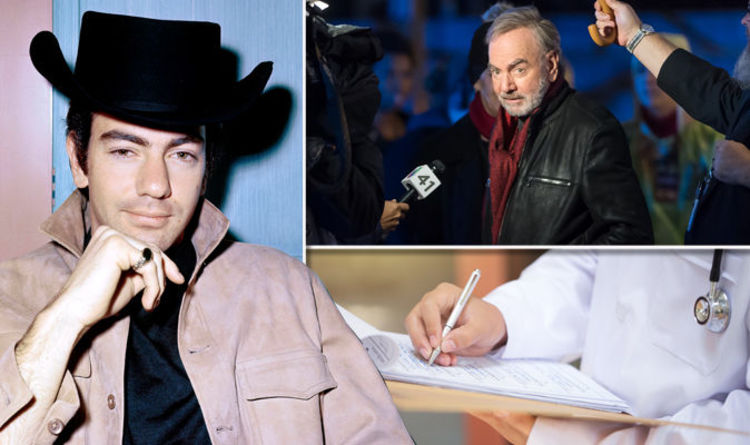 The condition affects particular parts of the brain, which become progressively more damaged over time, according to the NHS.

It’s caused by a loss of nerve cells in the brain. This lowers the amount of the chemical dopamine in the body.

Dopamine helps to regulate movement, and a reduction of the chemical is responsible for many symptoms of Parkinson’s disease.

Parkinson’s disease symptoms include tremors. It usually begins with the hand or arm, and is more likely to occur when the arm is relaxed.

The condition could also lead to muscle stiffness, which can make it difficult to move and make facial expressions.

Physical movements can also be slower, which can lead to a distinctive shuffling walk with very small steps.

It comes after Neil Diamond, 76, revealed he is retiring from touring, after a recent diagnosis of Parkinson’s disease.

The Sweet Caroline singer said he had made the decision with “great reluctance and disappointment” and thanked fans for their support.

The onset of the disease is said to have made it “difficult” for Diamond to “travel and perform on a large-scale basis”.

However the singer reassured fans that he plans to continue to write and record music “for a long time to come”.

“It is with great reluctance and disappointment that I announce my retirement from concert touring,” he said in a statement on his website.

“I have been so honoured to bring my shows to the public for the past 50 years.

“My sincerest apologies to everyone who purchased tickets and were planning to come to the upcoming shows.

“I plan to remain active in writing, recording and other projects for a long time to come.

“My thanks goes out to my loyal and devoted audiences around the world. You will always have my appreciation for your support and encouragement. This ride has been ‘so good, so good, so good’ thanks to you.”