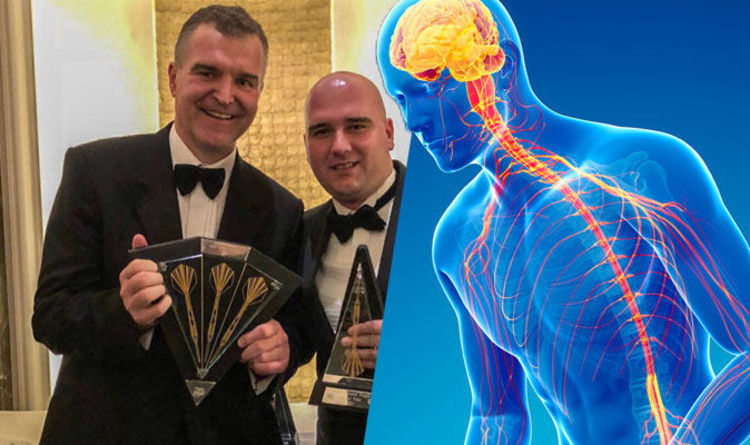 Parkinson’s disease is a condition where certain parts of the brain become progressively damaged over time.

It can cause involuntary shaking of particular parts of the body – otherwise known as tremors. Stiff muscles and slow movement could also be signs of Parkinson’s.

Sky Sports TV presenter Dave Clark has continued appearing on screen, despite being told in 2011 that he had “about two years” of TV time left.

Staying well rested and always making sure to take his medication was the key to his continued success, Clark revealed.

“When you see me walking down the street, I don’t hide my Parkinson’s at all,” said Clark, speaking on TalkSport.

“But, when I’m on air, I make sure to rest up during the day and I take my meds at the right time, so hopefully the symptoms don’t show too much on air.

“Sometimes you might see me holding a pen or have my hand in my pocket – that’s to hide the shaking, which does afflict me these days.

“I said ‘how long have I got on TV?’, he said ‘probably two years’. That was seven years ago.”

Clark, who presents Sky’s darts coverage, was inducted into the Professional Darts Corporation Hall of Fame on Monday (January 22), for his ongoing contribution to the sport after 15 years.

His work raising awareness and funds for charity Parkinson’s UK contributed to his induction.

“I’m very emotional and it’s been fantastic so far – and I hope to be around for a long time yet.”

Parkinson’s disease is caused by a loss of nerve cells in the brain, according to the NHS.

It leads to a lower amount of the chemical dopamine in the body, which helps to regulate movement.

About one in 500 people are affected by Parkinson’s. That’s the equivalent to about 127,000 people in the UK.

Neil Diamond announced his retirement this week, after being diagnosed with the condition.