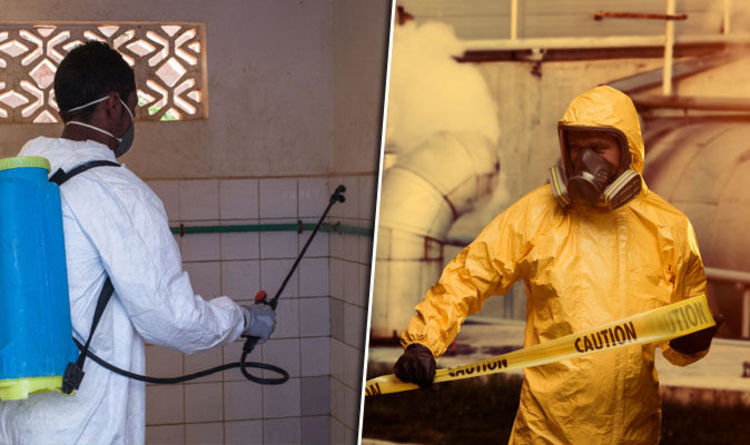 The plague has now killed at least 124 people in Madagascar, and nine countries have been urged to prepare for an outbreak.

The condition is an infectious disease that’s spread by a bacteria found in small animals and their fleas.

Humans can become infected from flea bites, unprotected contact with other infected humans, or by simply breathing near the infected.

Untreated plague can be deadly, so early treatment with antibiotics is vital, said the World Health Organization (WHO).

Bubonic plague – the most common form of plague – can causes inflamed lymph nodes, making them tense and painful.

As the condition worsens, the lymph nodes can turn into pussy, open sores.

The bubonic plague is transmitted to humans by infected fleas.

Pneumonic plague is usually caused by bubonic plague spreading into the lungs.

It’s the most contagious form of the plague, and can be spread by coming into contact with respiratory droplets from infected humans.

Symptoms of pneumonic plague includes bloody or pussy saliva, chest pain and coughing. It can also lead to organ failure and shock.

Without treatment, patients could die within 18 hours.

Diagnosing the plague requires lab testing of either blood, sputum, or pus from an inflamed lymph node.

If the plague is found early, the condition can be treated with antibiotics and supportive therapy.

The WHO recommends protecting against flea bites to avoid becoming infected with the plague. It also suggests avoiding animal carcasses, and not touching anyone suspected of infection.

Meanwhile, Brits planning on travelling to Madagascar should ensure they have the correct travel insurance to stay protected, and have emergency funds accessible to cover any surprise medical costs.