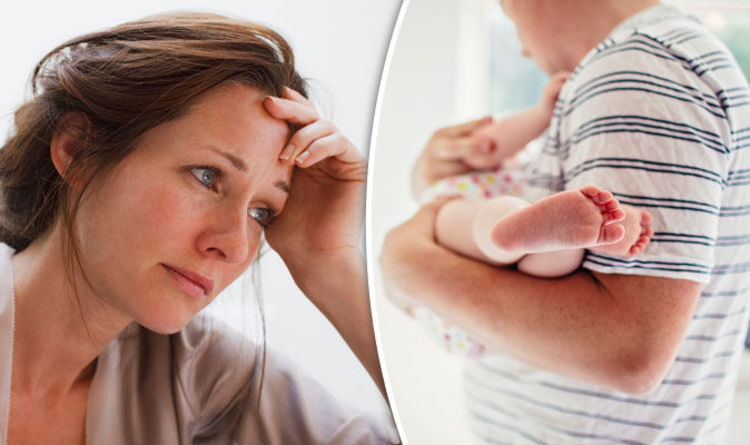 But those who give birth in the summer or autumn, have a premature baby or a painful birth are more likely to suffer from the common depression US scientists suggested during the cold and wet winter and springs new mums get more help and support as they and their partners are cooped up indoors because the bad weather.

And having a baby born more towards full term means mothers are less worried as they have seen their unborn baby developing normally.

But not having an epidural may leave them traumatised by the pain or if they refuse anaesthesia may have underlying traits that make them more vulnerable to getting postnatal depression.

White women were also less likely to get it, but overweight or obese women were more prone to it.

Postnatal depression affects more than one in every 10 British women within a year of giving birth.

Many women suffer from the baby blues which leaves them feeling a bit down, tearful or anxious in the first week after giving birth but it usually disappears within a fortnight.

But postnatal depression symptoms can last longer or start later.

“The prevalence of PPD is estimated at around 10 per cent, which results in negative personal and child developmental outcomes.

“Lots of physical, psychological and social factors may have influences on PPD.

“We wanted to find out whether there are certain factors influencing the risk of developing postpartum depression that may be avoided to improve women’s health both physically and mentally,” The study reviewed medical records of 20,169 women who delivered babies from June 2015 through August 2017.

Of these 817 or 4.1 per cent women experienced PPD. While the study did not examine why certain factors might influence the development of PPD, Dr Zhou said: “In our study we found the following risk factors: gestational age, ethnicity, BMI of parturients and season had association with the incidence of PPD.

“About the influence of season on the incidence of PPD, it may be due to better care and more psychological support from other people in harsh weather situations.”

He added the higher the gestational age, or the further along a woman is in her pregnancy, the more mature typically the baby will be at delivery.

He explained: “One possible reason for the observed association between gestational age and PPD is that as the gestational age increases, pregnant women intend to have better idea of how their foetuses are doing, ‘it is expected that the mother will do better and be less mentally stressed when delivering a mature, healthy baby.’

“The significant difference in the risk of developing PPD between Caucasian and other populations may be due to differences in socioeconomic status among these ethnicities.

The study was presented at the American Society of Anesthesiologists’s Anesthesiology  2017 annual meeting in Boston.