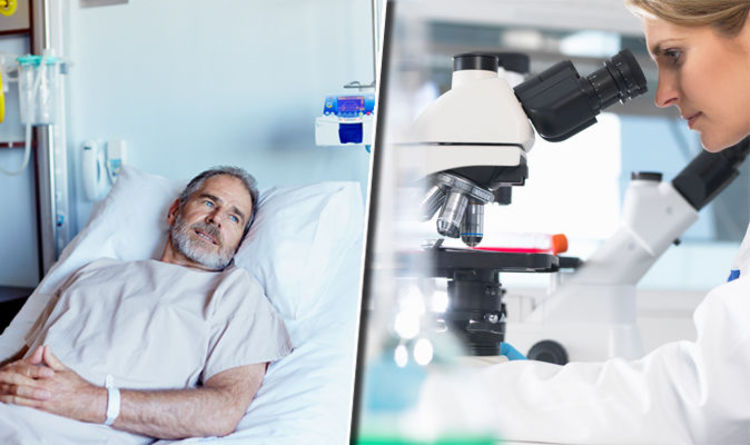 Prostate cancer in men that was previously thought to be incurable could now be treated.

New research has discovered that using a specialised form of radiotherapy could allow them to kill the disease off.

A joint study by the Institute of Cancer Research in London and the UK’s leading cancer hospital, the Royal Marsden, revealed that intensity modulated radiotherapy (IMRT) could successfully eliminate the cancer.

They found it wiped out the disease when used on cancer cells that had spread from the original prostate tumour to pelvic lymph nodes.

The treatment works by allowing doctors to give a high dose of radiation directly to cancer cells while protecting the surrounding healthy tissue.

Radiation is a common type of cancer treatment that works by making small breaks in the DNA inside cells to stop them growing and dividing and causing them to die.

Experts had previously thought that giving radiotherapy to the lymph nodes near a prostate tumour could be too risky due to the potential damage that could be done to the bowel due to therapy.

Researchers found that when using IMRT – rather than conventional radiotherapy – only eight per cent to 16 per cent suffered issues with their bladder or bowel.

In the new study, scientists discovered that the new treatment could be safely targeted at the pelvis – a common site for prostate cancer cells to spread – to help stop the disease spreading.

Of the 447 patients involved in the study, 71 per cent of patients with prostate cancer were alive and free from the disease five years after having the new treatment.

After eight-and-a-half years, 87 per cent of men were alive, with manageable side-effects.

While not available everywhere just yet, IMRT is becoming the standard care for prostate cancer at major cancer centres.

“These long-term results demonstrate that using IMRT to target the pelvic lymph nodes is safe and effective for men with prostate cancer,” said Professor David Dearnaley, the study leader.

“I’m excited to see this treatment become available to every man with prostate cancer who could benefit from it.”

In the UK, one in eight men will be diagnosed with prostate cancer during their lifetime, according to Cancer Research UK.