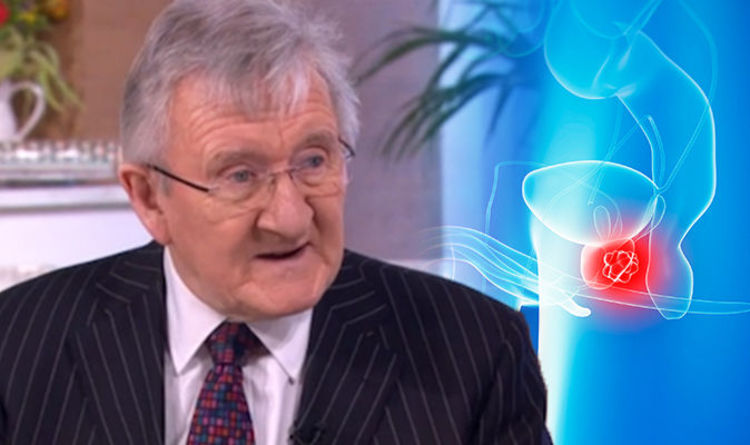 There are more than 40,000 new cases of prostate cancer diagnosed every year, but as symptoms are slow to develop and don’t become prominent until the cancer has grown large enough, it often goes undetected.

Symptoms often only become apparent when your prostate is large enough to affect the urethra (the tube that caries urine from the bladder to the penis), according to the NHS.

While there are screening programmes in the UK for bowel cancer, breast cancer and cervical cancer there isn’t one for prostate cancer.

So what are the symptoms which indicate the disease? Dr Chris Steele revealed four of the main signs on This Morning.

Dr Chris said because symptoms are vague and associated with problems people have as they get older, men often miss the signs.

He added that if you catch it early there’s a 98 per cent survival rate.

The four symptoms you should look out for are:

1. Frequency – how often you go to the toilet

2. Slow to start – difficulty with starting to wee

4. Dribble at the end

According to the NHS, if the cancer has spread other symptoms may include bone and back pain, a loss of appetite, pain in the testicles and unexplained weight loss.

Doctors don’t yet know the exact reasons why some men develop prostate cancer and others don’t.

“You’re also more likely to develop it if your’e black or over 50.”

A surprising 92 per cent of men don’t know what the prostate gland does, and 54 per cent don’t know where it is in their body, cancer charity Prostate Cancer UK revealed in 2016.

Many men only realise they have a prostate when they receive a cancer diagnosis.

So what is the prostate, and what does it do?