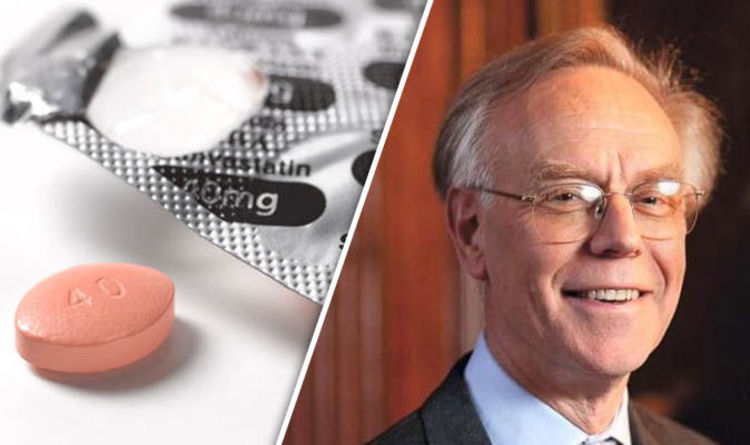 The controversial cholesterol-lowering drugs are taken by millions in the UK, although critics warn reactions, such as muscle pain, depression, fatigue, impaired memory and stroke, can outweigh the benefits.

They are prescribed to people with a raised risk of heart problems, although experts say this takes in most men over 50 and women over 60.

A study has suggested that millions in their 20s and 30s could also benefit.

But Sir Richard Thompson, ex-president of the Royal College of Physicians and the Queen’s former doctor, said more checks were needed before the move was considered.

He said new statin users should be given a checklist before agreeing to go on the drug to ensure they understand its potential harms and benefits.

And those at low risk of heart problems should be given advice on improving their diet and lifestyle before being given statins.

Sir Richard said: “All patients should come back after a month as many develop side effects and many either ignore them or blame them on other causes.

“The doctor should explain that for low-risk group patients should first be encouraged to… stop smoking, eat more fruit and vegetables, exercise and manage diabetes instead of starting these drugs.

“The consultation should ensure the patient understands the pros and cons of statin treatment and the fact that in low-risk groups these drugs seem to have no significant effect on death rates.”

He has previously questioned the data on statins, saying side effects may have been downplayed in trials sponsored by industry.

These make it hard for young people to be prescribed the pills, even if they have high cholesterol.

The research, published in the journal Circulation, involved patients aged 45 to 64.

However, the authors say the strength of the relationship between statins and improved survival – 28 per cent – shows the drugs should be considered for people of all ages with high-cholesterol.

However London cardiologist Aseem Malhotra said: “We should move away from a blanket approach to prescribing statins and doctors should let patients decide after giving them all the information on benefits and risk.”