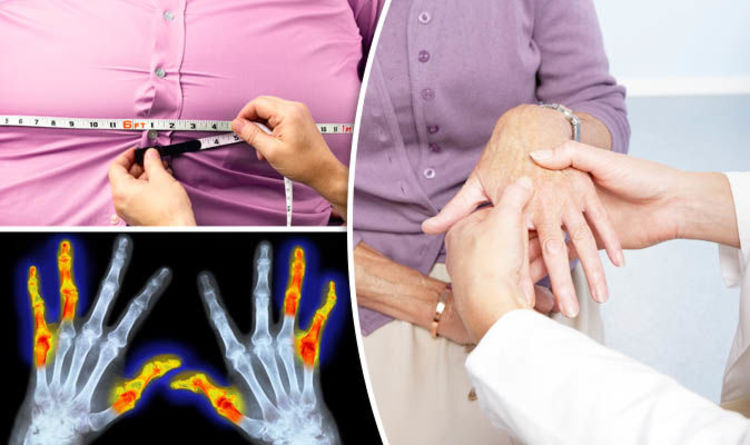 Rheumatoid arthritis (RA) is a long-term autoimmune condition that causes pain, swelling and stiffness in the joints.

Researchers from New York City’s Hospital for Special Surgery and Weill Cornell Medical School examined data from the Canadian Early Arthritis Cohort, an observational trial of patients with early RA, with the aim of finding out how excess weight may affect the likelihood of the disease disappearing from the body when treated at an early stage.

The Hospital for Special Surgery specialises in orthopaedic surgery and the treatment of rheumatological conditions and is considered one of the top hospitals in the world for joint replacement.

The study published in the Arthritis Care and Research journal, involved 982 patients of whom 32 per cent had a healthy body mass index (BMI), 35 per cent were overweight and 33 per cent were obese.

Within three years, 36 per cent of the total had experienced sustained remission.

But compared with patients with a healthy BMI, the overweight were 25 per cent and the obese 47 per cent less likely to experience sustained remission despite receiving similar treatment.

Other studies have shown that obesity has been associated with an increased risk of early death. But this research uncovered specific risks to female RA patients whose condition is hard to treat because of their weight.

It was found that women with RA had higher mortality rates than those without the disease.

Among women with RA, 41 per cent died during an average follow-up of 17 years after the onset of the disease. Among those without it, the figure was 29.2 per cent over a similar period.

Rapid weight loss in obese patients was not necessarily the answer, research suggested.

Women with significant weight loss of typically more than 13 kg or 2st had the highest mortality rates after onset of RA. But weight gain in the early RA period was not associated with death.

Dr Susan Goodman, who led the team, said: “Our study is the first to focus on weight change around RA diagnosis and risk of death, rather than weight change in patients who had RA for many years, as in previous studies.

“It supports a call to action to identify and address this risk in patients. These findings have important implications for clinical care since rates of overweight and obesity continue to rise.”