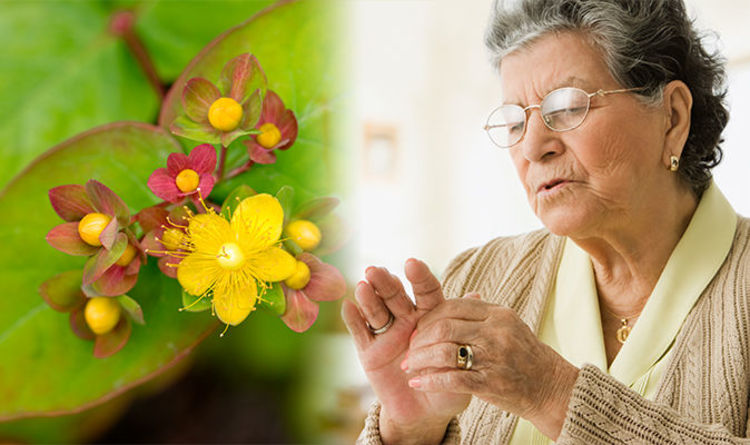 Rheumatoid arthritis affects around 10 million people in the UK, including 15,000 children and young people.

Pain, stiffness, swelling, warmth and redness are the main symptoms, but additional symptoms can include tiredness and a lack of energy, a high temperature, sweating, a poor appetite and weight loss.

While there’s no cure, experts recommend a number of supplements to help reduce inflammation.

Naturopathic Nutritionist Amy Morris and Nutritionist Sarah Flower have come up with five that are worth taking.

Amy said: “Fish oil is an excellent source of omega-3 fatty acids (including EPA and DHA), which block inflammatory cytokines and prostaglandins; they are converted by the body into powerful anti-inflammatory chemicals called resolvins which can help a wide range of conditions caused by inflammation, such as arthritis.”

A 2010 meta-analysis of studies into fish oils and arthritis found that fish oil significantly decreased joint tenderness and stiffness in patients with Rheumatoid Arthritis and preliminary studies also indicate that they have a similar effect on osteoarthritis.

Amy added: “In order for the omega-3 fatty acids in fish oil to work against arthritis, it’s necessary for an arthritis patient to consume a fairly large quantity of it each day, making supplementation an ideal way to ensure you’re getting adequate amounts. I’d recommend UnoCardio 1000, a unique omega 3 and vitamin D supplement which has been named as the highest quality fish oil on the market since 2015, just one a day could make a positive difference to your health and symptoms of arthritis.”

Borage seed oil is a herb that contains gamma-linolenic acid (GLA), an omega-6 fatty acid that can regulate the body’s immune system and fight joint inflammation.

Amy said: “There have been a few notable studies into borage oil and arthritis, with positive effects on inflammation and pain reported after daily supplementation. There’s evidence that some people notice a decrease in joint pain, swelling and severity of tenderness following as little as six weeks of regular borage oil treatment.”

The Arthritis Foundation recommends 1,300 milligrams of borage oil daily for optimum results, so make sure you select a high quality supplement which meets this requirement.

Used in Asian medicine for centuries, ginger has been shown to have anti-inflammatory properties similar to ibuprofen and COX-2 inhibitors.

“Research shows that ginger is most effective for rheumatoid arthritis and osteoarthritis with several small studies finding that ginger was more effective than using a placebo in reducing arthritis pain. While many forms of ginger boast health benefits, capsules are perhaps more beneficial that other forms, especially those which use super-critical extraction processes because they contain the purest ginger, providing the greatest effect.”

Glucosamine is found naturally in the body. It plays an important role in making glycosaminoglycan and glycoprotein; the essential building blocks for joints, including ligaments, tendons, cartilage and synovial fluid.

Sarah said: “It’s been suggested that the way these parts of your joint are built and maintained, contributes to the development and progression of osteoarthritis. Glucosamine works best when applied as a gel or cream, as it is well absorbed through the skin.

St. John’s Wort refers to any one of a number of species of plants in the genus Hypericum. St. John’s Wort has also been demonstrated to act as an antidepressant drug and reduce inflammation and pain.

Sarah said: “The rich concentration of antioxidant and anti-inflammatory compounds make it useful for easing the pain of arthritis, joint discomfort and muscle ache. Arthritis sufferers also expressed their positive feelings towards the remedy in helping them come to terms with their condition.

“However, it is important to be aware that St. John’s Wort can contradict with some medications, so it is recommended that you seek medical advice before taking it.”

Other experts recommend other natural ways to aid your arthritis, from a change in your diet to hot and cold therapy.