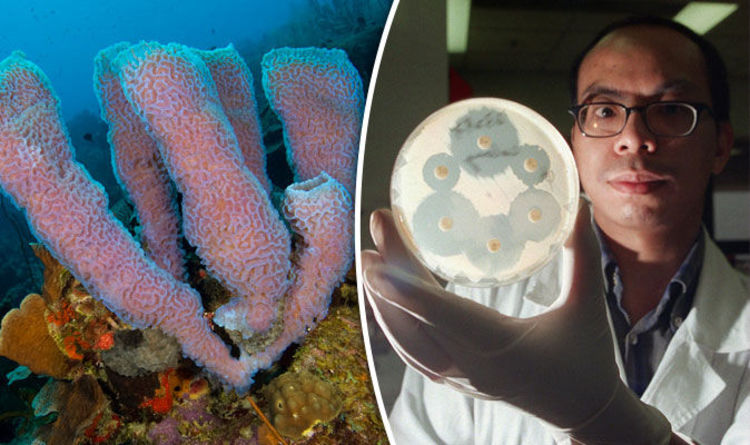 The molecules are 10 times stronger than existing antibiotics and can treat superbugs like MRSA.

Samples are taken with remotely operated machine “hands”, brought to the surface and their bacteria-eating compounds identified with software that can pick out DNA sequences that are likely to produce new antibiotics.

In laboratory tests, some of the sponge compounds have been shown to rapidly destroy some of our most deadly superbugs, including hospital acquired infection MRSA.

It is hoped the compounds will be developed into new medicines and trialled within three to fi ve years.

Dr Upton said: “This is very exciting and could pave the way for a whole new class of antibiotics unaffected by current resistant problems. These compounds have been shown to be 10 times more potent than antibiotics produced at the moment.”

Traditional antibiotics only attack one part of the bacteria cell, making it easier for the bug to mutate and become antibiotic resistant.

The new agents are believed to be more effective as they attack the bacteria in at least two ways, making it harder for them to develop resistance.

Dr Upton added: “The advance of antimicrobial resistance is relentless and many patients are now dying of untreatable infections.

“Antibiotics underpin all of modern medicine – not just to treat but to prevent infections such as post surgery and cancer therapy or injury.

“If we lose antibiotics, things like this it will become too risky to perform for future generations. We believe the development of this new family of antibiotics will go some way to combatting the problem.”

The World Health Organisation has warned antibiotic resistance is one of the biggest threats to global health, food security and development.