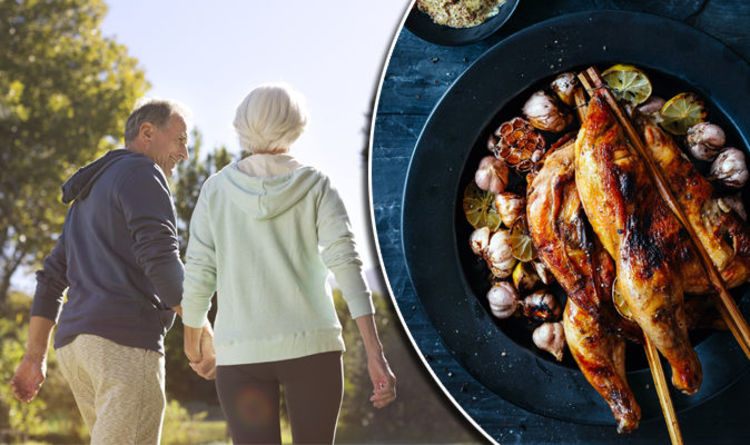 The rise in average life expectancy in the UK was revealed to be grinding to a halt earlier this year.

Despite a century of continuous progress, research by University College London showed that increases in life expectancy had halved since 2010 in England.

However, making a simple tweak to your diet could add years – if not decades – to your life.

A study by the Francis Crick Institute in London has revealed that consuming a low protein diet could extend your lifespan.

By studying fruit flies, researchers discovered that those raised on a low protein diet in early life could live over twice as long as their peers.

Since the insects share more than two thirds of disease genes with humans, scientists believe it could indicate what might happen to our longevity too.

Researchers found that flies raised on a low protein diet during the early part of their life, and who then swapped to a standard diet, lived much longer than their counterparts fed on a standard diet throughout.

“There is evidence in humans and other mammals that a mother’s diet can alter the risk of her offspring developing cardiovascular disease and diabetes much later in life, but the genetic processes underlying this effect remain to be identified,” said Alex Gould, senior author from the Francis Crick Institute.

“Obviously fruit flies are not humans, and it’s important to be clear that our results in flies are certainly not a recommendation that expecting mothers should eat a low-protein diet.”

Protein is a a type of macronutrient essential for growth and repair of the body and maintenance of good health, according to the British Nutrition Foundation.

High amounts can be found in foods such as eggs, chicken, beef and yoghurt.

But the findings suggest that not going over board on protein intake could help humans live longer.

Further studies will be required to conform whether there will be the same effect as in fruit flies.

Previous research from 2014 by the University of Southern California found that a high protein diet was linked to lower mortality.

Scientists discovered that adults between 50 to 65 who had a high protein intake experienced a 75 per cent increase in overall mortality and were four times more likely to die from cancer during the following 18 years than those who ate less protein.