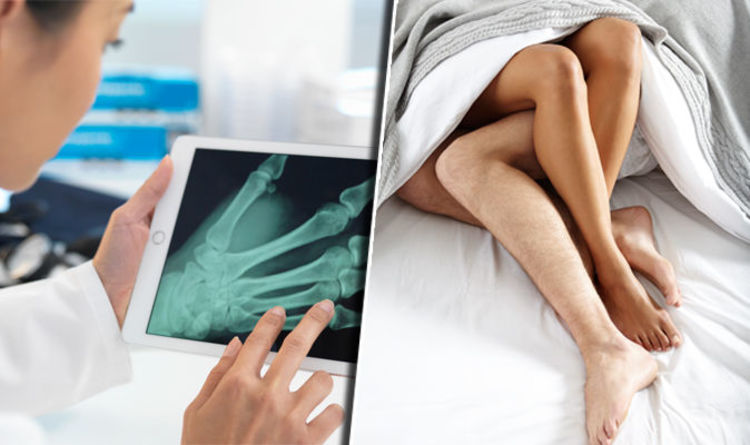 Sex, if unprotected, can increase your risk of catching a sexually transmitted infection (STI).

While in many cases they are treatable, they can lead to infertility and discomfort in the genital area – and even arthritis, according to a new report.

The joint condition has been diagnosed in a man who developed it as a result of an STI.

After initially struggling to understand what had triggered his arthritis, doctors have now recorded him as the first person in England to develop it as a result of sexually-transmitted shigella flexneri.

The bacterial infection causes flu-like symptoms, as well as stomach pain and diarrhoea.

It can be passed on through sex, and commonly leads to shigellosis, a condition that can in turn trigger gastroenteritis.

In many cases it is effectively tackled with antibiotics.

However, according to the Oxford Medical Case Reports journal, routine treatment did not work in this instance.

Four days after the man was discharged for the bacterial infection he returned with red eyes, painful joints and was unable to bear weight.

Doctors then discovered he had reactive arthritis.

According to Arthritis Research UK this type of arthritis causes painful joint swelling, but usually goes away within six months.

In addition to discomfort in the joints, it can trigger inflammation in the eyes and urinary tact.

Scientists believe reactive arthritis can be caused by the immune system reacting to a bacterial infection.

Gonorrhoea and syphilis have previously been found to trigger this form of the joint condition.

However, this is the first recorded case of reactive arthritis caused by shigella flexneri passed on via sex.