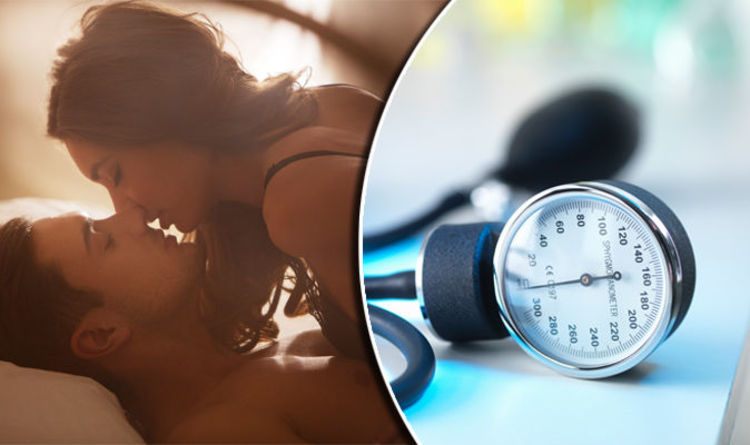 Enjoying a regular sex life can be good for your health, and a lot of action in the bedroom can help ward off a number of deadly conditions.

These include having a reduced risk of cardiovascular diseases, including stroke or a heart attack.

A 2015 study published in the American Journal of Cardiology discovered that men who have sex twice a week were far less likely to suffer from these conditions than men who had sex less than once a month.

Additionally, regular intercourse can help keep sex hormones – oestrogen and testosterone – in balance, which could prevent conditions like osteoporosis.

In reverse, a lack of sexual activity may raise your risk of a number of health problems. Beware these three conditions from a dry spell.

Getting a lot of action in the bedroom could ward off hypertension, or high blood pressure.

A 2006 study published in the journal Biological Psychology found that people who had regular sex had lower levels of blood pressure than people who didn’t.

It is thought that the stress-reducing effect of sex can help protect against high blood pressure.

The link between stress and hypertension is well known, with experts telling Express.co.uk that people who are stressed live a less healthy lifestyle that features risk factors for high blood pressure, like eating lots of salty food.

Sex, however, has been shown by scientists to reduce stress signals in the brain.

Frequent love-making could help ward off colds and flu.

This is because orgasms have been found by scientists to boost your immune system, which protects against viruses, bacteria and parasites.

In a study by the University of Pennsylvania, researchers asked people who were having sex once or twice a week to give saliva samples.

The samples were discovered to contain a high concentration of an antibody, immunoglobulin A, which helps fight off bugs.

In fact, the samples contained 30 per cent more than people who had less frequent sex.

However, it is possible to have too much of a good thing.

The researchers also discovered that people who were having sex more than twice a week were also more at risk of colds.

It is thought this is because they wee spending more time in close, intimate contact with another person, raising the opportunity for passing on a cold.

Men who are sexually active are less likely to develop prostate cancer.

It is thought this is because they ejaculate more, allowing potentially irritating or harmful substances to empty from the prostate.

A Harvard study found that men who ejaculated 21 or more times a month had a 33 per cent lower risk of prostate cancer.

This was compared to men who ejaculated just four to seven times a month throughout their lives.