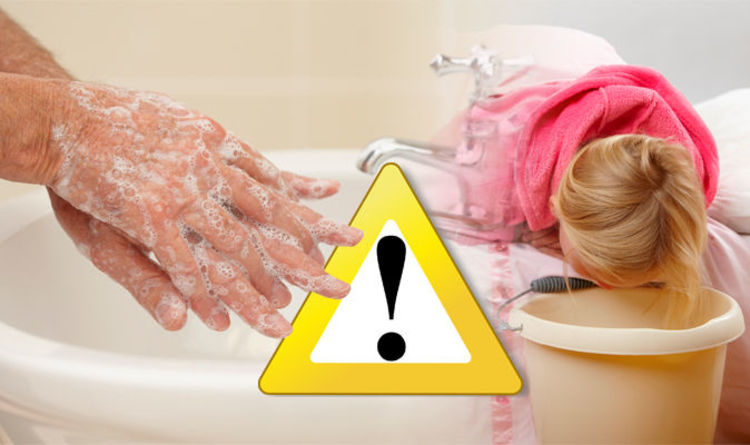 Shigellosis is a vomiting and diarrhoea bug. It can also cause a high fever, stomach cramps and tenesmus – feeling the need to pass stool when the bowels are empty.

The symptoms usually begin to show one to two days after exposure.

It can spread when people don’t thoroughly wash their hands after using the toilet, or after changing nappies.

The bug has started spreading through some UK schools, because it is more common in kids than adults.

Children and adults suffering from diarrhoea have both been advised to stay away from school or work for two days.

Dr David Kirrage, consultant with Public Health England West Midlands Health Protection Team, said: “People who have had diarrhoea should stay away from work or school until they have been free of symptoms for 48 hours.

“If Shigella is suspected, they should not return to school or work until stool samples have been tested, and results show samples are free from the infection.”

For those with mild symptoms, the bug usually lasts for a few days when no specific treatment has been used, according to WebMD. Drinking lots of fluids is normally enough to see out the bug.

Antibiotics will be needed for those with more severe infections, it added. More intensive fluid treatment will also be needed to make sure the body has enough fluids.

Shigellosis, a type of dysentery, is caused by the shigella bacteria. There are about 1,800 cases of the bug every year in the UK.

Those with the bug should avoid preparing food for other people to limit their exposure. Patients were also advised to avoid swimming until after they have fully recovered, and to avoid sex for several days after diarrhoea has stopped.

Shigellosis also causes post-infectious arthritis in two per cent of patients, said the Centers for Disease Control and Prevention. The joint pains and painful urination can last for months, or even years.

The bug can also rarely cause blood stream infections and seizures.

The Shigellosis warning came after the bug swept through three UK schools in February. Five students caught the bug in the Stoke-on-Trent schools.