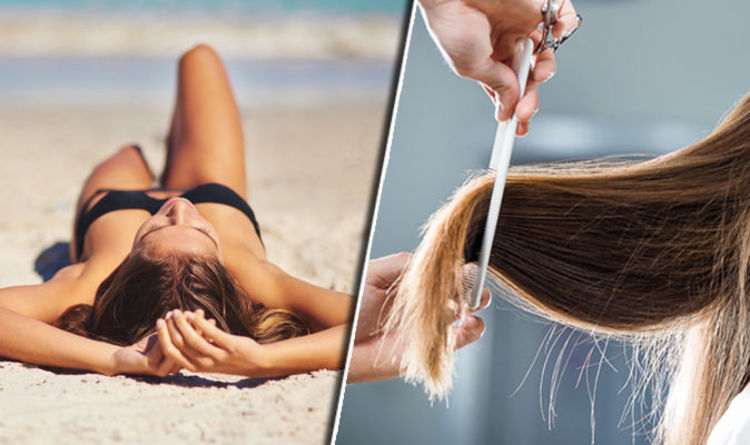 Skin cancer rates are on the rise with cases of melanoma – the most deadly type – doubling since the 1990s.

While many people are aware to looks for signs on the face, arms and bodies, skin cancer can also appear as stripes on your nails and even beneath your hair.

With early diagnosis often key to successful treatment, he believes hairdressers are in a unique position to identify abnormal moles on their client’s scalps.

“After spotting a mole on two clients’ scalps which lead them to seek treatment, I realised that as hairdressers and beauticians we can help our clients to spot skin cancer signs and symptoms early,” he explained.

Their moles turned out to be malignant melanomas, the most aggressive and life-threatening type of skin cancer.

As well as raising awareness of a sign of skin cancer that people may not be able to spot themselves, James is donating £2 from every booking at Edward James Salons and Spas (edwardjameslondon.com) to Stand Up To Cancer throughout October.

He recommends hairdressers follow the ABCDE rule when identifying moles on the scalp.

The five rules are explained by the British Association of Dermatologists:

Asymmetry – the two halves of the area may differ in shape

Border – the edges of the area may be irregular or blurred, and sometimes show notches

Colour – this may be uneven. Different shades of black, brown and pink may be seen

Diameter – most melanomas are at least 6mm in diameter. Report any change in size, shape or diameter to your doctor

Expert – if in doubt, check it out! If your GP is concerned about your skin, make sure you see a Consultant Dermatologist, the most expert person to diagnose a skin cancer. Your GP can refer you via the NHS

Melanoma is a skin cancer that begins in the melanocytes of the skin.

These are the cells that produce the pigment melanin which colours the skin, hair and eyes.

Melanoma is the least common type of skin cancer, but it is the most deadly, and a major risk factor is unprotected exposure to the sun.