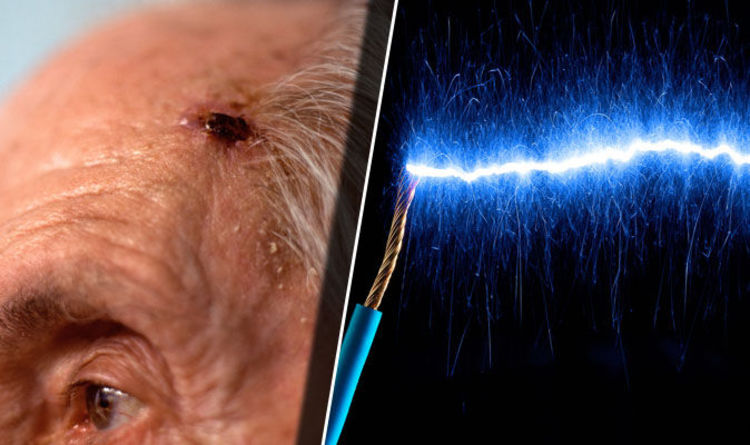 The electric current could make sure chemotherapy drugs are pushed directly to the area that needs treatment.

Using electric currents could cut there size of the tumour, and make it less aggressive, the researchers claimed.

Mice trials revealed the treatment could be more effective at targeting cancers directly beneath the outer layer of skin cells.

Renata Fonseca Vianna Lopez, a researcher working on the study, said: “One of the challenges involved in this type of topical treatment is ensuring that the drug penetrates the stratum corneum – the outermost layer of the epidermis, composed mainly of dead cells.

“It is an important tissue barrier against the entry of microorganisms, but it also makes it more difficult for medicines to penetrate.”

The treatment used the chemotherapy drug 5-fluorouracil, encased in a nanoparticle – tiny particles that are smaller than one hundred thousandth of a centimetre.

Lopez compared the results of both treatments, and found that using the electric current was more effective than the injection.

“In addition to reducing the size of the tumour, the topical treatment left the tumour less aggressive,” said Lopez.

“We believe that this method combined with iontophoresis allows the drug to be dispersed over the entire area of the tumour, whereas the [injection] causes it to be concentrated in a single location.”

The scientists now plan to test how electrical currents could treat chronic wounds, like those which develop in diabetes patients.

Previously, they used an anti-inflammatory film on the wound, and then apply the current to the film.

“When we placed the peptide directly on the wound, it degraded very quickly,” said Lopez.

“When placed on the film, however, release occurs in a slower and more sustained way.

The electric current meant more anti-inflammatory drugs were released from the film at the start of the treatment, to accelerate the healing process, she said.