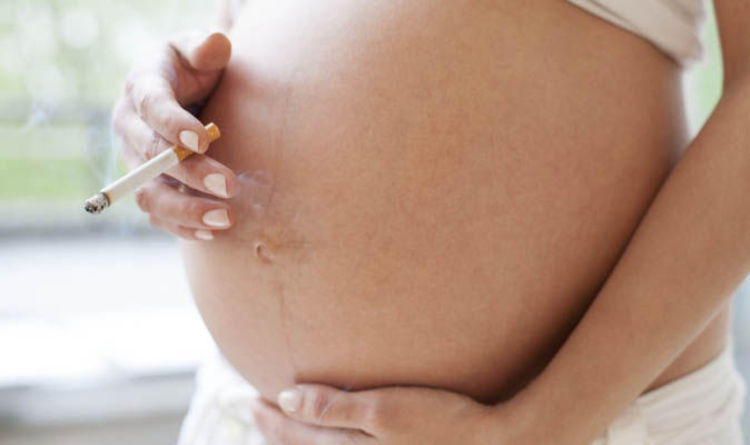 The study compared five-year-olds whose mother’s had started smoking in between pregnancies and the babies who were born to the smoking mothers.

The body mass index (BMI) of the youngsters were compared, and the research found that those who had been exposed to smoke in the womb were more obese than their older sibling.

More than 700 siblings’ weight and height were compared at five and a half years-old and this data was compared with the Aberdeen Maternity and Neonatal Databank (AMDB) that holds data on all births at the maternity hospital since the mid 1950’s.

However, this increase in BMI could be attributed to the change in diet and activity levels that come with having a young child.

The way the experiment was conducted meant that factors such as socio-economic status could be eliminated, as the comparisons were coming from the exact same background.

Study leader Dr Steve Turner, of the University of Aberdeen, said: “This study looked at the relationship between maternal smoking and childhood obesity.

“Previous studies have identified a link between the two but saying that one causes the other is problematic because there are lots of other factors that might explain this relationship, for example people from poor communities are known to smoke more than those in more affluent communities.

“Also, children in those communities tend to be more obese so it may be that the relationship between smoking and obesity is actually explained by socioeconomic status.

“However, by conducting a sibling comparison study, we can look at the relationship between pre-natal smoke exposure and child BMI within a family and this way we can make sure that things like socioeconomic status are the same.

Therefore, any difference between siblings is likely to be explained by the change in smoking. We predicted that when a mum has two pregnancies and if she starts smoking between those two pregnancies, the younger child who is exposed to smoke is more likely to be obese according to BMI and that is what we found.

Dr Turner added: “This study adds to the huge body of evidence that maternal smoking in pregnancy is harmful and the harm isn’t just limited to the pregnancy itself – it lasts well-beyond the pregnancy.

“The relationship between maternal smoking and offspring obesity is complex and is partly explained by other factors but this study provides good evidence that strengthens the association between the two.”

The findings were published in the journal Paediatric and Paediatric Epidemiology