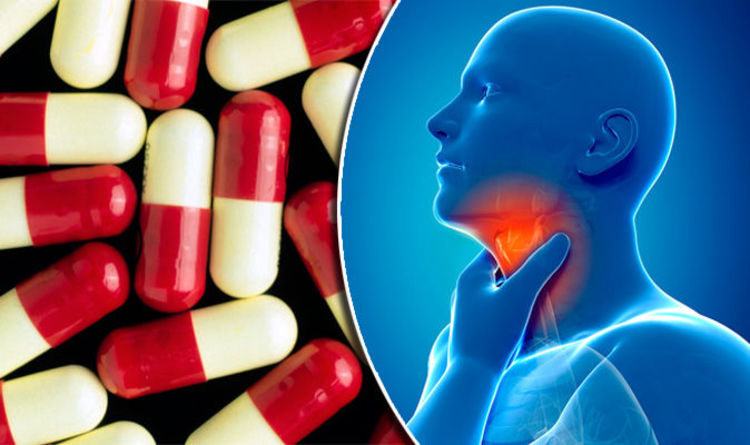 Sore throats are a common winter problem, and new research has revealed that a worryingly high number of people wrongly think antibiotics are the solution.

A quarter of people believe the medications can effectively treat sore throats, with a third of people who visit a GP expecting to be prescribed antibiotics, according to a study by Jakemans.

However, since most sore throats are caused by a virus – not a bacterial infection – taking a course of the popular medication won’t help treat it.

The findings come at a time when growing antibiotics resistance has led Public Health England to launch the Keep Antibiotics Working campaign to raise awareness that unnecessary or over-use of antibiotics may make them less effective in the long run.

It is thought that drug-resistant infections could kill ten million people a year by 2050.

Experts are calling on the public to not demand antibiotics from their doctors, and they say sore throats are among the ailments that don’t need them.

What could effectively relieve sore throats, however, are over-the-counter remedies such as paracetamol, ibuprofen, honey and lemon, cough sweets and cough syrup.

“The majority of sore throats are caused by viruses, meaning antibiotics will be an ineffective method of treatment,” explained Marvin Munzu, a pharmacist for Jakemans.

“Most sore throats are self-limiting and can be soothed with menthol confectionery without the need for prescribed medication.”

Menthol is made from herbal oils and has been shown to treat congestion, inflammation and gastrointestinal problems.

As well as the misconception that antibiotics could help sore throats, 41 per cent of people also wrongly believe ice-cream does too.

In fact, while it may seem to soothe symptoms, eating ice-cream could make a sore throat worse.

Seeing a pharmacist, rather than a doctor, about a sore throat saves the need for an appointment, and they are as equipped to suggest a remedy.

While the common issue can last for up to a week, 20 per cent of sufferers seek advice from their GP after just three to five days, according to the research.