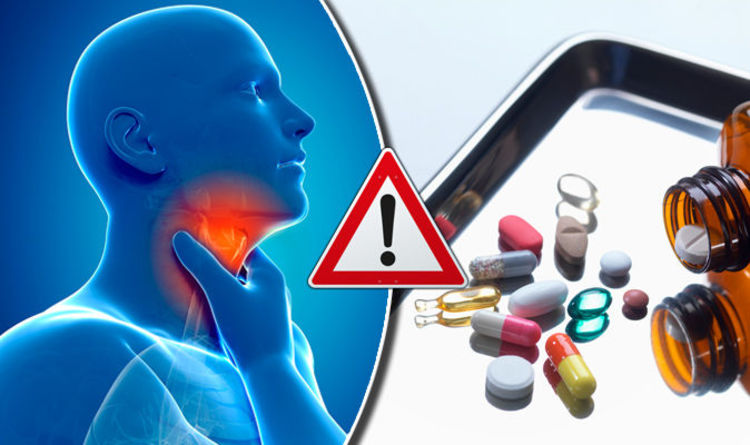 Sore throats are a common problem at this time of year, with freezing temperatures and a snowy forecast compromising our immune systems.

While it may be tempting to beg your doctor for a quick-fix solution in the form of antibiotics, doing so could be dangerous for the future.

Antibiotic resistance – when certain strains of bacteria are resistant to being killed off – is a growing problem globally, and it is estimated the life-saving medicine will become ineffective by 2050.

Scientists have warned that the main driver of growing antibiotics resistance are likely to be small infections – some of which could be treated in an alternative way.

They revealed that antibiotics prescribed for strep throat, sinusitis, tonsillitis, bronchitis, and bladder infections could be to blame.

“Antibiotic prescriptions against those smaller ailments account for about 90 per cent of antibiotic use, and so are likely to be the major driver of resistance evolution,” said Sam Brown, an associate professor in Georgia Tech’s School of Biological Sciences.

If bacteria survive such small infections they could go on to develop into antibiotic-resistant strains.

The researchers, in recommendations published in the journal PLOS Biology, suggested that developing alternative non-antibiotic treatments for small infections could be a better cause of action.

Sore throats are often a symptom of step throat, which is triggered by bacteria known as group A streptococci.

Many people often carry the bacteria without it breaking out, and scientists suggest an anti-virulence drug could be used instead of antibiotics.

But until a new drug is developed, what can you use instead to ease a sore throat?

Most sore throats usually get better within a week and can be treated at home, according to the NHS.

Gargling a homemade mouthwash of warm, salty water can help, and so can sucking lozenges and ice lollies.

If your sore throat is accompanied by a cough, there is no evidence that over-the-counter cough medicines work.