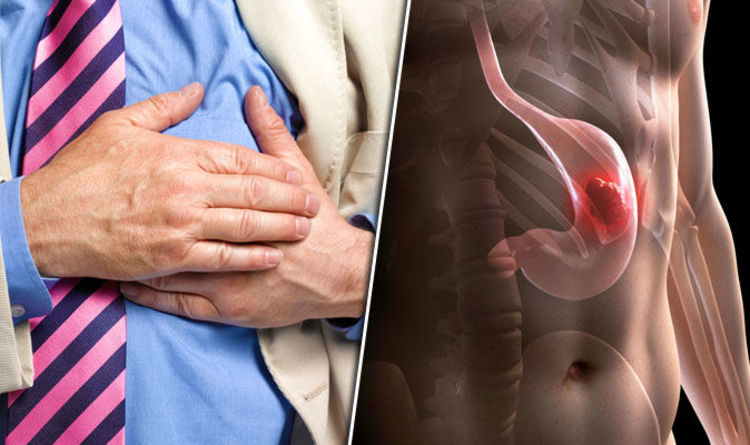 Stomach cancer is often diagnosed at an advanced stage, because symptoms rarely show at the start, according to the National Cancer Institute.

Frequent heartburn may be a sign of the cancer, which is also known as gastric cancer.

Other symptoms to watch out for include a painful tummy or sternum, feeling full after eating small amounts of food, and a burning sensation when swallowing.

Finding blood in your stool, persistent indigestion and feeling constantly out of breath are also signs of the condition.

Stomach cancer is most common in people over 75.

Men, smokers, and people of Asian, South Africa or Belarusian descent are more likely to develop the condition.

Eating a lot of salty and meat foods also increases the risk, as well as alcohol abuse and not exercising.

Patients diagnosed with stomach polyps, bacterial infections, lymphoma, and other tumours in the digestive system were more likely to develop stomach cancer.

Cancer can begin in any part of the stomach, but treatment can change dependent on where the tumour is, and how big it is.

The main treatments include chemotherapy, chemoradiotherapy, biotherapy, and surgery.

Smaller tumours may only be treated with surgery while larger ones may combine a number of treatments.

About 15 per cent of stomach cancer patients survive 10 years or more after diagnosis, according to Cancer Research UK.

It’s the 16th most common cancer in the UK, and accounts for two per cent of all cancers in the country.