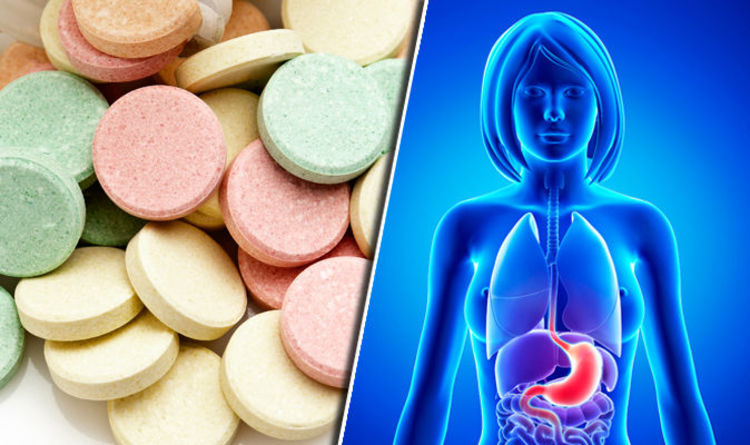 Stomach cancer is fairly common in the UK, with around 7,000 people diagnosed each year and it is the third leading cause of cancer death in the world.

According to Cancer Research UK, risk factors include smoking, alcohol, poor diet and bacterial infection, amongst other causes.

However, long-term use of medication prescribed to help ease acid reflux could also increase your chances of suffering.

Research published in the journal Gut has revealed that proton pump inhibitors (PPI) – a class of drugs commonly used to treat the condition – could double a person’s risk of developing cancer of the stomach.

Previous research has found an association between PPI use and heightened stomach cancer risk.

However, scientists have been unable to factor in the potential role of Helicobacter pylori – a bacteria which is more common in patients with acid reflux and which is known to play a part in the development of stomach cancer.

If the bacteria is eliminated from the gut – through PPI treatment – it lowers a person’s risk of cancer.

But many people who have been treated successfully for the bacterial infection still go on to get stomach cancer.

In the new study, researchers wanted to test whether PPIs were to blame.

They compared them with another drug designed to dampen down acid production, called H2 blockers.

Taking PPIs was associated with more than doubling – 2.44 times – in the risk of developing stomach cancer.

But taking H2 blockers was not associated with any such heightened risk.

The longer the PPI use the more the risk of stomach cancer increased by.

Researchers note that this is an observational study, and PPIs are generally considered safe.

However, recent research has additionally linked the drugs to unwanted side-effects such as pneumonia, heart attack, and bone fracture.

It is thought they stimulate the production of gastrin, a powerful growth factor.