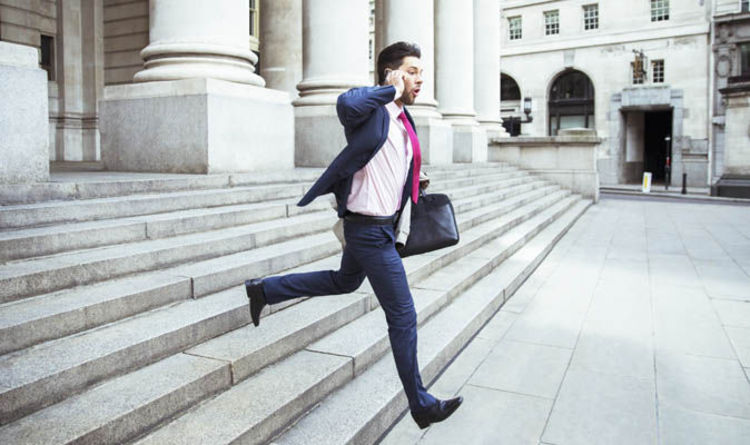 Research showed stressed people pay less attention to their surroundings – putting them at a heightened risk of ignoring fresh dangers.

And psychologists say the finding quashes conventional views that stress can boost a person’s ability to detect and adjust to changing sources of threat.

The study, published in the Proceedings of the National Academy of Sciences journal, was led by Dr Candace Raio, from the University of New York.

She said: “Stress does not always increase perceptions of danger in the environment, as is often assumed.

“In fact, our study shows that when we are under stress, we pay less attention to changes in the environment, potentially putting us at increased risk for ignoring new sources of threat.

“As a result, stress can reduce the flexibility of our responses to threats by impairing how well we track and update predictions of potentially dangerous circumstances.”

Researchers conducted a series of experiments that used ‘Pavlovian threat-conditioning’, which began with subjects viewing images on a computer screen.

The appearance of some images were coupled with a mild, electric wrist-shock, serving as a ‘threat cue’, while other images were never paired with a shock – a ‘safe cue’.

A day later, half of the participants underwent a laboratory procedure designed to induce stress.

The ‘stress group’ placed their arm in an ice-water bath for a few minutes, which elevated two known stress hormones, alpha-amylase and cortisol.

Later, all of the study’s subjects repeated the threat-conditioning procedure – but this time the cue outcomes switched – the earlier threatening cue no longer predicted shock, but the formerly safe cue did.

While the subjects viewed the images, the scientists collected physiological arousal responses in order to measure how individuals anticipated the outcome of each cue.

They found the stress group was less likely to change their responses to threats, the formerly safe visuals that were now paired with shocks, than the control group, indicating that stress impaired its ability to be flexible in detecting new threats.

Specifically, stressed participants showed reduced physiological response to the new threat cue, suggesting that they did not fully switch their association with this cue from safe to threatening.

This analysis revealed a learning deficit for the subjects put under the stress condition.

Specifically, it showed stress affected an attentional signal, dubbed ‘associability’, which participants used to update the cue associations, resulting in a slower rate of learning.