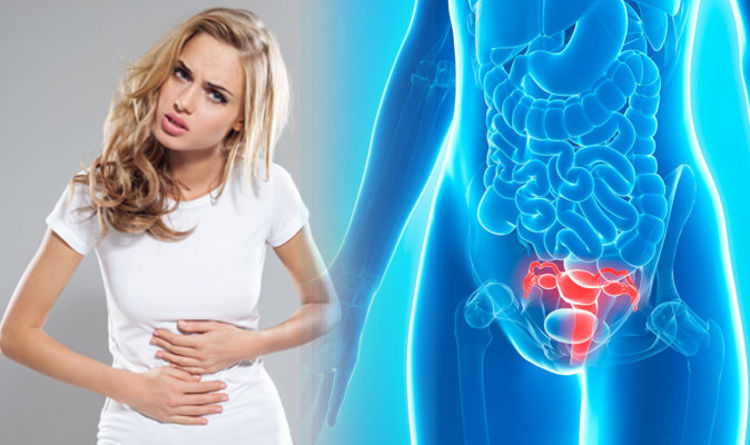 Cancer Research UK said each year around 7,300 women are diagnosed with ovarian cancer and long-term survival remains just 35 per cent.

Sarah Green has joined This Morning hosts Holly and Phil to discuss the symptoms of ovarian cancer, after her mother died from the disease.

“With any condition it is detective work. But with mum there were symptoms that had we known in advance, we might have been able to do something about,” she said.

“Ovarian cancer – and I’m on a mission here – it’s not silent if you know the symptoms and it doesn’t have to be a killer.

“It was confused with IBS for a long time.

“It is very rare that IBS presents for the first time in someone over fifty.

“Let me just say – you could have all these symptoms and it could be something else.

“If you are not happy, ask for a scan. Ask for an ultra sound scan. A blood test is another way of finding out what is going on. If your GP seems to be unaware of some of the facts and figures, take some leaflets in.”

But experts warn few people know the symptoms of the disease, and what to look out for.

Dr Alison Wint said: “If you’ve been feeling bloated most days for the last three weeks, tell your doctor.

Feeling bloated most days for three weeks or more can be a sign of ovarian cancer, which is why it’s so important to see a GP as soon as possible, experts warn.

The NHS Be Clear on Cancer campaign said some symptoms can be mistaken for irritable bowel syndrome or even PMS.

However, women are warned against trying to diagnose themselves.

The most common symptoms of ovarian cancer are:

Discomfort in your tummy or pelvic area

Feeling full quickly when eating, or loss of appetite

Needing to pee more often or more urgently than normal

The risk of ovarian cancer increases as you get older, with most cases occurring after the menopause.

About eight in every ten cases are diagnosed in women over 50, although some rarer types of ovarian cancer can occur in younger women.

A family history of the disease could also increase risk – sometime it could be because people have inherited faulty genes – BRCA1 or BRCA 2.

Cancer rates will climb nearly six times faster in women than in men over the next 20 years, according to the latest figures released by Cancer Research UK.

Specific cancer types are leading to this rise in women, including, ovarian, cervical and oral cancers where rates are predicted to rise the most over the next 20 years.

Sarah Toule, Head of Health Information at World cancer Research Fund, said: “Cancer is a devastating disease and it is concerning that rates are predicted to rise so sharply in women, especially as so many cancer cases could be prevented.

“For example, about two in five breast cancer cases in the UK could be prevented if women maintained a healthy weight, were more physically active and didn’t drink alcohol – that’s around 20,000 fewer cases a year.

“Other cancers that could be reduced by women having a healthier lifestyle include womb and ovary.”