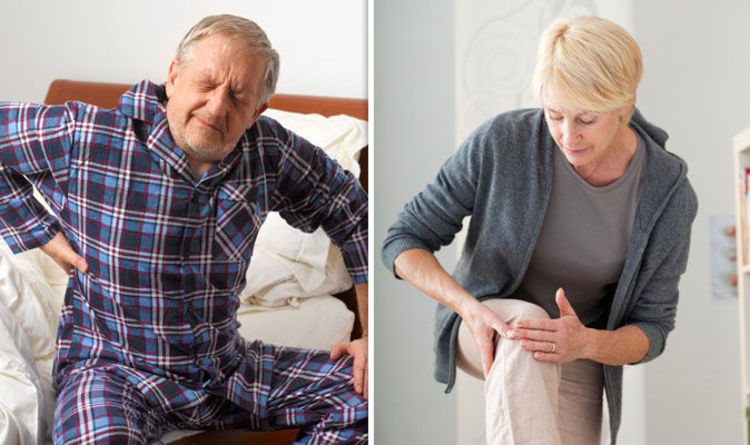 A study found that more than two in five of Britain’s ‘baby boomers’ are living in agony but opt to suffer in silence rather than get treatment.

Researchers found that the stoic over-50s delay seeking medical help for an average of 16 months despite the fact that two thirds of pain sufferers are prevented from living their lives to the full.

Over two in five (42per cent) of over 50s are needlessly suffering with pain – such as knee, hip, back or neck pain – and 85 per cent have suffered over the last two years.

According to the new study, from leading orthopaedic experts group, Fortius Clinic, many of the conditions are chronic.

Indeed, the pain is so severe that nearly two thirds (63 per cent) of sufferers have been prevented from leading normal lives, with many unable to drive, see friends or play sports.

One in 10 also admits their pain has affected their mental health.

But despite living in daily agony, just under two thirds (64 per cent) are suffering in silence by either putting off or never seeking treatment.

On average, those who delay treatment do so for a staggering 16 months, the study found.

Knee pain causes the longest suffering, with 57 per cent delaying or never getting treatment and those who delay doing so for an average of 17 months. Hip pain is the most commonly ignored with 63 per cent of people delaying treatment or not seeking it at all.

Those who delay do so for an average of 14.5 months.

“Over 50s today are more active than ever and should be looking forward to so many more healthy years ahead – but by ignoring their pain and disability, and the success of joint replacement, they are condemned to prolonged suffering.”

Women with hip pain are some of the most reluctant to seek help, being twice as likely to delay treatment for up to a year in comparison to men (31 per cent vs 16 per cent).

A stoic generation, nearly half of those who put off treatment (48 per cent) felt it was ‘easier’ to carry on in discomfort while over a quarter (28 per cent) believed they should live with the pain for as long as possible.

Concerns about the surgery, recovery time and ongoing pain were also major factors for delaying treatment (12 per cent, 12 per cent, 10 per cent respectively).

However, the study found that in hindsight some regretted their decision to delay, with one in five (19 per cent) wishing they had sought help sooner and 14 per cent considering self-funding to access treatment more quickly next time.

Mr Williams added: “There’s really no reason for anyone to suffer in silence. “Technology in healthcare is continuously improving for non-operative and surgical treatments.

“We’re now able to use techniques such as robotics, using the MAKO robot, and 3D printing to make bespoke, personalised prostheses that give uniform, high quality surgery to allow people to keep doing the things they love.”

With knees (37 per cent) and hips (24 per cent) two of the most common causes of pain for the over 50s in the last two years, orthopaedic experts argue this group should stop putting their lives on hold and seek help sooner rather than later if symptoms are sufficiently bad.

“At the Centre we offer state-of-the-art robotic technology and an enhanced patient experience with quicker recovery times so there’s really no reason to put off seeking help if you are in pain.”

TOP FIVE CAUSES OF PAIN IN OVER 50S: