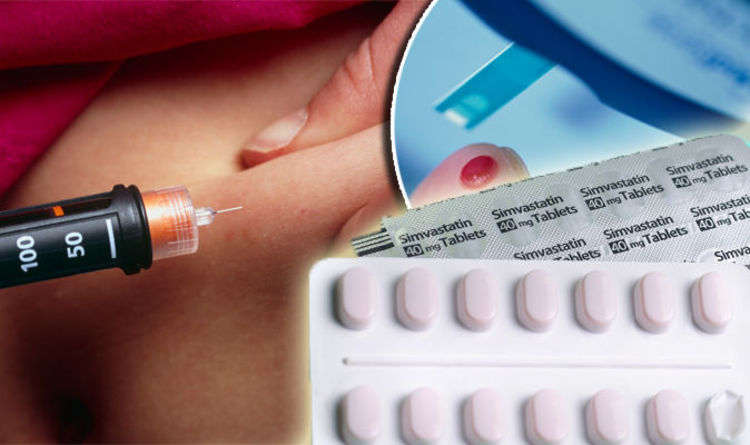 Scientists have linked the condition to taking statins, which are prescribed to lowers levels of high cholesterol.

Statins are one of the most commonly prescribed medications in the UK.

There has been much controversy surrounding statins over the past few decades, with many experts questioning if the benefits of the drugs still outweigh any potential risks.

However, a study has revealed taking statins can increase the risk of developing type 2 diabetes.

The use of statins in people aged 60 and over increases the risk of developing type 2 diabetes by nine per cent, according to a new study.

The researchers, from the University of Glasgow, stressed the risk is low, especially when compared with the beneficial effect that statins have on reducing heart problems.

The study, which was published in The Lancet looked at more than 91,000 people prescibred the medication.

Earlier this year, researchers from the University of Queensland found women over 75 face a 33 per cent higher chance of developing diabetes if they are taking statins.

SIDE EFFECTS OF STATINS

Experts said the risk also increase to over 50 per cent for women taking higher doses of statins.

Dr Mark Jones, from the University of Queensland, said: “We found that almost 50 per cent of women in their late seventies and eighties in the study took statins and five per cent were diagnosed with new-onset diabetes.”

He said: “Statins are highly prescribed in this age group but there are very few clinical trials looking at their effects on older women.”

Researchers from UCL and the University of Oxford have since revealed that the slight increase in risk of developing type 2 diabetes during statin treatment could be a consequence of lowered cholesterol, rather than a direct effect of the drug.

Experts, funded by the British Heart Foundation found people with genes predisposing them to having lower levels of low density lipoprotein (LDL) cholesterol had a decreased risk of heart disease and an increased risk of diabetes.

He said: “What we’ve shown in this study is that the role played by blood lipid levels in disease is a complex one.

“While the effect of taking LDL cholesterol-lowering drugs such as statins may slightly increase a person’s risk of developing diabetes, this effect is greatly outweigh by their benefits in the form of prevent people from suffering a life-altering heart attack or stroke.”

Dr Iain Frame, director of research at Diabetes UK, has previously said the ‘small risk’ of type 2 diabetes is outweighed by the benefits of taking statins in those with heart problems.
STATINS: HAVE YOU STOPPED TAKING DRUGS?