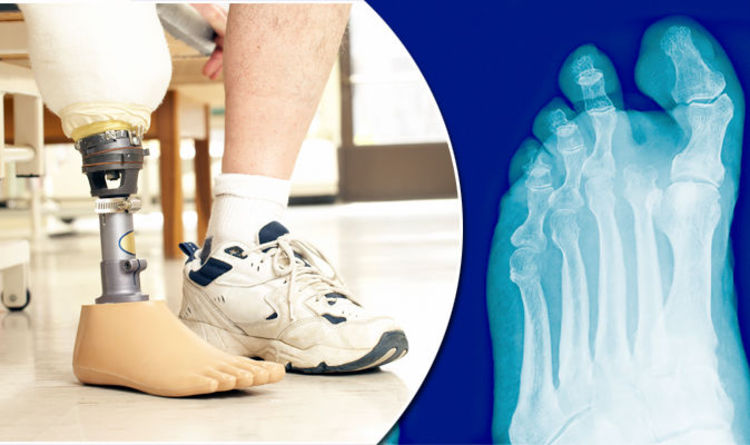 Diabetes UK has branded the rate of diabetes-related amputations in England a ‘national scandal’, following the publication of new data this week.

It said the total number of major and minor procedures have risen to 23 every day – which is compared with 20 every day between 2010 and 2013.

People with diabetes have a much greater risk of developing problems with their feet, due to the damage raised blood sugars can cause to sensation and circulation.

Data published by Public Health England and the National Cardiovascular Intelligence Network, and analysed by Diabetes UK, revealed the 25,527 major and minor amputations reported during the period 2013 to 2016 to be a record high.

This represents an increase of more than 3,000 total amputations when compared to the previous three-year period of records.

Robin Hewings, Diabetes UK’s head of policy, said: “It’s a huge concern that the number of amputations is increasing.

“Amputations devastate lives and, despite a slight decline in major amputations, a minor amputation can mean someone losing a toe or a foot.

“With good healthcare and support, four out of five of amputations are preventable.

“But nearly a quarter of hospitals in England still do not have a specialist diabetes foot care team.

“The financial impact on our health service is also massive, at least a £1 in every £140 of NHS spending in England goes on foot care for people with diabetes.

“We need to urgently increase the numbers of podiatrists specialising in diabetes and improve the quality of foot checks at GP practices, or people will continue needlessly losing their limbs.

“Progress has been made and investments in improvements have started.

“But the quality of services varies significantly across England, and the Government needs to go much further to address this issue.

“This means committing more money to improving services, and actively encouraging poorly-performing CCGs and hospitals to learn from those areas where best practice exists.

“The rise in preventable amputations is a national scandal, and we’re looking for decisive, urgent action on this issue.”

However, the new data has revealed a reduction in the rate of major amputations – but an increase in the number of minor procedures.

Diabetes UK is set to launch its 2017 Putting Feet First campaign to promote the importance of people living with diabetes understanding how to spot the early signs of a foot problem and take care of their feet.