Skip to content
Full Working Group (sans Deans on bus tour). IT Complex. Purpose of the meeting: This meeting, the third in a series, challenged the working group to review, deconstruct, and reconstruct the core values drafted in the past meeting. The group was also exposed to a compilation of data by the Office of Strategic Planning & Resource Allocation in order to compare data already captured and measured by UND with the metrics the group is currently developing. The immediate purpose is to work  towards solidifying core values and metrics as they will become the building blocks of the Strategic Plan. 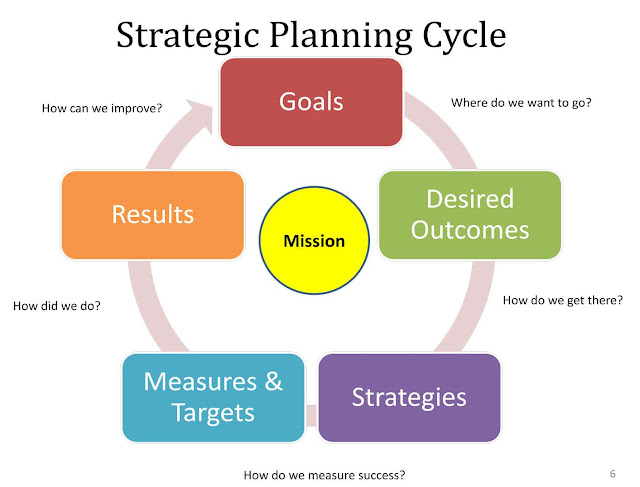 Process: The working group first discussed the feedback they have received in various fora since the last strategic planning meeting on September 7th.  Members of the group also challenged the process and discussed ways to better tackle the issues of draft versus final documentation. A Strategic Planning Overview visual was distributed to the group for review and comment. This visual will be used as a tool for further discussions on process, communications, and engagement. After the initial discussion, the larger working group was divided into three smaller discussion groups. Each small group deconstructed the core values one by one and reviewed them in terms of how they may apply to the students, faculty, staff, and greater communities. Each small group debated and edited the core values, then returned to the larger group to discuss their edits and reasoning in an open forum.
Small Group Feedback/Discussion: The first small group felt that each core value needed to follow a simple statement of “We value…” to impress upon the fact that the following statements were core values.  Other feedback included that, at the core, we (UND) are educators first so the core values should reflect that in terms of priority. Another comment was made that the core values should not be so vague as to be able to apply to any entity or company, but rather be university specific. There was also some struggle with the difference between mission, purpose, vision, and core values to which a conversation ensued defining the differences.
A discussion point was made that the statements made in the core values don’t necessarily have to be different from other universities or institutions, but rather the actions or strategic initiatives on how we achieve or support those core values will be unique to UND. After discussing all the results of the smaller groups, it was noted that there were common threads throughout each groups results, even after deconstructing and reconstructing the core values. The group decided to capture the university first focus by developing a lead in core value statement such “As the premiere flagship university in the northern plains, we value….”. Next, the group worked towards finding a commonality and intersection between the multiple core values suggested.  The commonalities (in no particular order) among all the groups included statements such as:

After a short break, the group reconvened and work towards combining the views into the following DRAFT core values for further consideration from a wider audience: UND, as the Premier Flagship University of the Northern Plains, we value:

– An educational foundation that nurtures life‐long learning and an understanding and appreciation of diversity
– An enthusiasm for discovery, creativity and innovation
– Collaboration and connectedness within a welcoming, inclusive and supportive environment
– Our service to the state, region, nation and global community
– Our role as the chief opportunity engine for the state of North Dakota and the Northern Plains.

Wrapping Up the Session

– Understanding engagement and information: The group participated in a live poll asking a series of questions to gauge their use of different communication media such as the university newsletter, Dakota Student, social media, etc.  It was an effort to understand where and how they get information and are likely to disseminate information and engage others since they have a responsibility to provide information and bring forth feedback from peer and other groups.
– Complimenting Data and Metrics: Frank Swiontek, a Data Strategy Specialist from the Office of Strategic Planning & Resource Allocation, presented a series of charts and graphs to the group.  The presentation highlighted measurements and data capture that can assist the group in developing succinct metrics by which the university can be measured. Portions of the faculty and staff do not have access to the information and thus it was decided that a process would be initiated to find a way to share key data with this group.  It was also noted that the analytic framework would be undergoing changes over the next year and would allow for much improved data capture and more effective analysis.
– Moving things Forward: A question was posed to the group to consider smaller, specialized working groups including a Metrics group which would be responsible digging deeper into data.  Also suggested was an Engagement group which would promptly review, answer and disseminate, engage, and respond to feedback.  The group will consider these groups and members and discuss at the next meeting.
– Communicating: The Strategic Plan Overview visual will be updated to reflect today’s discussion.  There is an immediate need for a FAQ document as well as other informational items identified in the communications survey.  The group will use Blackboard to post all information in relation to these planning sessions, provide ongoing feedback, and use as a repository for supporting documents. Additionally, the university will be creating direct/more intuitive links to the website page in order to post public documents. Finally, a new email address has been established to facilitate communication to the strategic planning process.

– Purpose of the Meeting: The agenda for this fourth planning meeting focused on developing the final draft core values via voting (majority rule), reviewing and editing high level strategic goals which would form the basis for the metrics, and developing working groups to dig deeper into those goals.  The group also discussed the development of a metrics working group and an engagement group.
– Process and Outcomes: An overview of the agenda of the day was discussed.  Of note was a discussion about using the World Café concept for further engagement on a broader level on campus.  The benefit of the World Café concept is that reaches further out into the UND community, but it in an intimate and informal way. Participants are given a topics or questions to discuss, and after a limited time are asked to change tables so that everyone is exposed to all the topics or questions and are mixed with different perspectives.  To learn more about this concept, click on this link. Also noted that multiple engagement with various groups have been taking place to assemble the Data Working group, understand all the data available, and how other plans can and will align with this Strategic Plan.  When looking closer at some of the data, University of Nebraska ‐ Lincoln was moved to an aspirational school instead of a comparison school.
– Core Value Voting: The group was presented with the core values that were developed in the previous meeting and reviewed by President Kennedy and the steering committee.  It was noted that the previous core value that referred to UND as an economic engine was removed because it was duplicating the Purpose. In order to move forward with a final draft of the core values, the group voted on each core value using a live polling tool.  A simple majority was needed to move the core value forward.  The group reviewed an initial four core values and all were approved by an 81% or greater yes vote.
– Strategic Goals Discussion/Small Group Feedback: The group was presented with a draft of six plus Concepts for Strategic Goals as a starting point for discussion.  Members noted that some of the goals seemed too long, may contain too many topics, or may need to be cut or others added. There was some concern and confusion about how these fit under the core values and related to the metrics.  After some discussion, it was decided that it would be up to the small group discussion to ferret out these issues. The larger group broke into three smaller groups to discuss the strategic goals on a high level.  Upon return from the discussion, each group presented their recommendations. Generally speaking, the group as a whole agreed that “best practices in teaching/excellence in liberal arts” goal were two different topics and must be treated as such.  Further, “best practices in teaching” was coupled with a related topic, “student learning”.  Student learning is related, but has many more dimensions to it as well.
One group recommended editing the Liberal Arts goal to state “strong Liberal Arts foundation”.  This would suggest that UND remains true to its Liberal Arts roots but acknowledges other non-liberal arts colleges. “Retention, graduation, and employment/placement” was suggested as an edit to place an emphasis on job placement. One group felt that “service” should be added as a strategic goal or perhaps was an underlying goal of each. The final group to a slightly different approach and looked at the strategic goals in terms of how they matched up with the core values.  This approach yielded a suggestion to slightly modify the core values. After some discussion about modifications, the larger group agreed that the altered core values made sense. The final draft core values are as follows:

At UND, our Core Values include:
– A liberal arts educational foundation that nurtures life‐long learning.
– An understanding and appreciation of diversity.
– A welcoming, inclusive, and supportive environment.
– An enthusiasm for discovery, creativity and innovation.
– Collaboration and connectedness.
– Our service to the state, region, nation, and global community.

Those eight strategic goals, along with the core values will be the topic of the World Café engagement sessions.

Wrapping Up the Session

– Strategic Goal Working Groups: The committee members present were asked to submit their top three choices for membership in the eight different strategic goal working groups. For committee members that were not present, a Qualtrics survey will be sent out this week yet.  The results of the working group selections will be emailed and posted on Blackboard within a week.
– Data and Engagement Working Groups: As a follow up to the previous planning session, a number of members of the planning committee accepted an invitation to serve on a Data Working Group including Blake Andert, Tiffany Ford, Melissa Gjellstad, Sol Jensen, Cindy Juntunen, Shawn McHale, Bradley Myers. This group will work closely with Odella, Ryan and Frank to assist the strategic goal working groups, once formed. Initial members of the Engagement Working Group include Jeffrey Holm, Carrie Herrig, Amber Flynn, and Chris Zygarlicke. This Working Group will work closely with the co‐chairs, as well as outside consultants Barry Horwitz and Andrea Boe. There continues to be open seats on this working group and committee members are encouraged to reach out to the co-chairs if they are interested in serving.
– Communications and Engagement: The Strategic Plan Overview visual will be updated to reflect today’s discussion and enhanced to capture a more detailed look at that planning process and the working groups missions. The group noted that the current website page dedicated to strategic planning has limited functionality and is not easily accessible in terms of location (buried deep within the UND website). To that end, a dedicated Strategic Planning blog site will be created to enhance the online engagement experience, carry on discussions from the World Café sessions, and serve as a UND community repository for feedback. The World Café engagement sessions will take place in the next three weeks between sessions. Six sessions have already been planned. Summaries of the sessions will be posted on the blog and continued discussion and comments will be encouraged.
Readmore again at site https://proteinbarscheap.blogspot.com
Post Views: 1
Spread the love