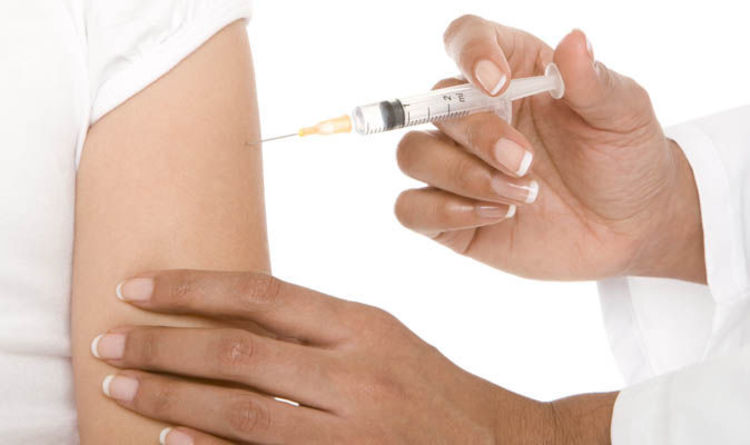 “Exciting” new technology could eventually see every childhood vaccine delivered in a single injection, removing the misery of multiple jabs.

They are designed so that their “lids” degrade at specific times, allowing the contents to spill out.

The technology could lead to a whole collection of vaccines being incorporated into a single jab, including boosters that are released after a specific time period.

Lead scientist Professor Robert Langer, from the Massachusetts Institute of Technology in the US said: “We are very excited about this work because, for the first time, we can create a library of tiny, encased vaccine particles, each programmed to release at a precise predictable time, so that people could potentially receive a single injection that, in effect, would have multiple boosters already built into it.

“This could have a significant impact on patients everywhere, especially in the developing world where patient compliance is particularly poor.”

The researchers developed the “cups” from PLGA, a biocompatible plastic-like polymer already approved for use in medical devices such as implants and prosthetic devices.

Silicon moulds were created for the cups and lids in large arrays of around 2,000 at a time.

Once the polymer cups were made, a special automated dispensing system was used to fill each one with a drug or vaccine.

In mice, the “cups” were shown to release in sharp bursts without prior leakage nine, 20, and 41 days after the injection.

A single injection of the cups was able to induce a strong immune response comparable to that from two conventional injections with double the dose, the scientists found.

The researchers are now testing the delivery particles with a variety of drugs including existing vaccines and others still in development.

Fellow researcher Dr Kevin McHugh said that in the developing world, the new technology might be the “difference between not getting vaccinated and receiving all of your vaccines in one shot”.

The findings are reported in the journal Science.