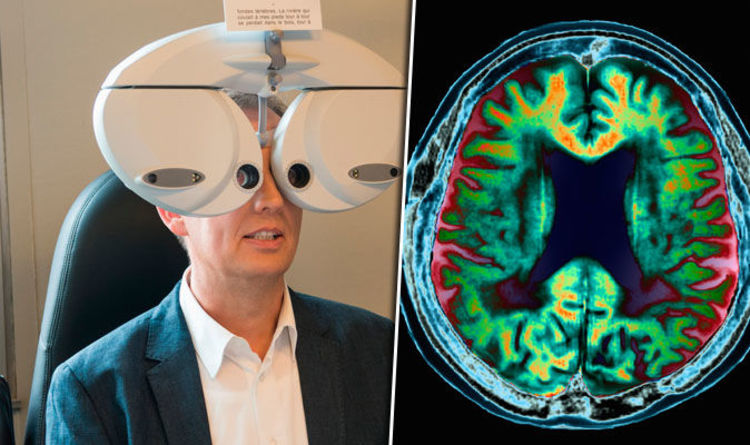 The glasses can track eye movement to diagnose every neurological disease and other conditions, including thyroid eye disease, ptosis and myasthenia gravis.

A device is fitted to glasses, to monitor the movement of eyelids.

It measures blinking speed in patients, and how often they blinked.

The device can be added to standard refraction glasses – used by opticians in a normal eye test.

“Eyelid motion provides us with meaningful information about the health of a patient,” said Adi Hanuka, researcher working on the device.

The device is already being developed, and has won several internationally-recognised medical awards for innovation.

The researchers looked forward to the NHS rolling out the new technology, they said.

The idea was first designed by Hanuka during her undergraduate degree, she said.

Researchers used the design to test whether it could spot signs of a condition known as blepharospasm dystonia.

Blepharospasm dystonia is a disease which causes the eyes to blink involuntarily.

Their study was successful, and the researchers could accurately diagnose the condition, they said.

Hanuka said: “Along with designing the product for purposes of commercialisation, we are working in several directions.

“Developing the device as a platform for multidisciplinary research on various topics such as the effect of emotions on blinking patterns; eyelid communication amongst the paralysed; and automatic diagnosis through machine learning.”

The research, and early stage studies for other medical technologies, could save lives, before being commercialised, the researchers added.