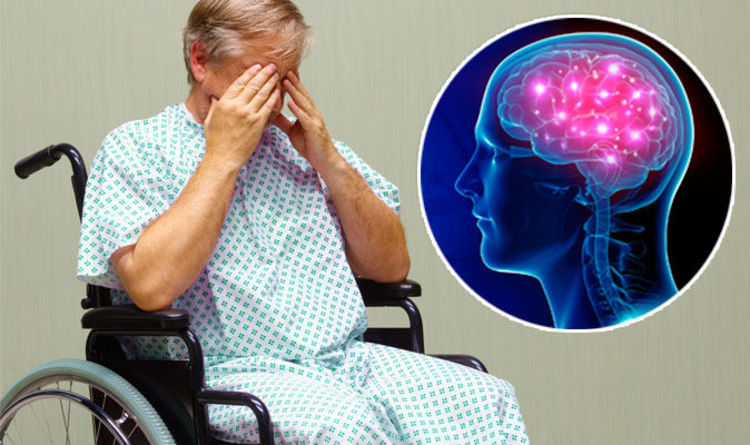 Vascular dementia is the second most common type of dementia in the UK, with about 20 per cent of dementia cases having a vascular cause, according to Alzheimer’s Research UK.

The dementia is caused by a reduced blood flow to the brain, and it affects around 150,000 people in the UK.

Slowness of thought, difficulty planning and concentrating, and language problems are also signs of the condition.

The early symptoms may be mistaken for another condition, as they’re barely noticeable, said the NHS.

Vascular dementia is a neurodegenerative condition, so the symptoms get worse over time.

“The symptoms often continue to get worse over time,” said the NHS. “This may happen slowly, or in sudden steps, every few months or years. The symptoms depend on the part of the brain that’s affected.”

People worried they may have early symptoms of dementia should see a GP, the NHS advised, especially those over 65.

If the condition is caught early, treatment could stop it from getting any worse, or at least slow it down, it claimed.

Vascular dementia is caused be a reduced blood flow to the brain. This damages and eventually kills the brain cells.

The brain’s blood supply could be reduced if small blood vessels inside the brain become blocked.

It could also be caused by a single stroke or lots of small strokes.

There’s currently no cure for vascular dementia, or any way to reverse damage to the brain.

But, the condition could be slowed down by eating healthily, losing weight if required, cutting back on alcohol, and stopping smoking, the NHS said.