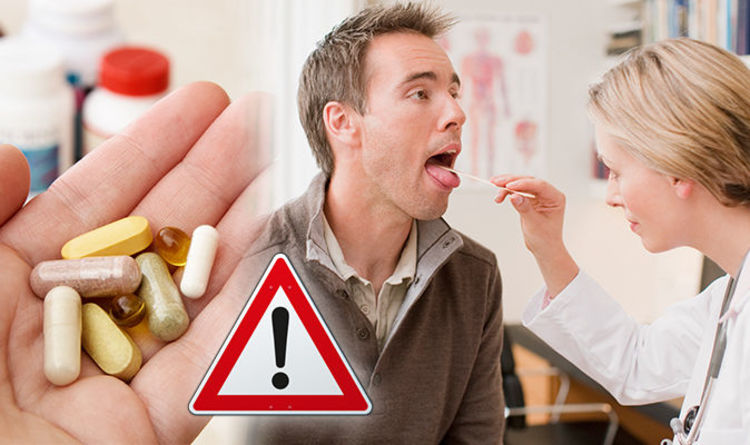 Vitamin B12 is important for many body processes, but if it’s in short supply the body won’t make as many red blood cells, they will be abnormally large and won’t last for as long as they should.

If you don’t have enough red blood cells your tissues and organs may not get enough oxygen and this can lead to the symptoms of anaemia.

According to Bupa, you body may lack vitamin B12 if the foods you eat don’t contain enough vitamin B12 – a common problem for vegetarians and vegans – or your body can’t absorb the vitamin – an immune condition called pernicious anaemia can cause this.

So what are the symptoms of vitamin B12 deficiency anaemia?

If you have anaemia caused by a vitamin B12 deficiency, the NHS says you may have symptoms such as:

Some of these symptoms can also occur in people who have a vitamin B12 deficiency, but have not developed anaemia.

The health body warns: “See your GP if you’re experiencing symptoms of vitamin B12 or folate deficiency anaemia. These conditions can often be diagnosed based on your symptoms and the results of a blood test.

“It’s important for vitamin B12 or folate deficiency anaemia to be diagnosed and treated as soon as possible.

“Although many of the symptoms improve with treatment, some problems caused by the condition can be irreversible if left untreated.

“The longer the condition goes untreated, the higher the chance of permanent damage.”

People with vitamin B12 deficiency anaemia may be treated by their doctor with injections of vitamin B12, given tablets or recommendations for changes in their diet.

If you don’t have vitamin B12 deficiency anaemia how can you prevent it?

Bupa recommends getting enough of iron, folate and vitamin B12.

Iron can be found in red meats including beef and lamb, green vegetables including spinach, watercress and kale and dried fruits such as apricots.

Folate is found in poultry, pork, shellfish and green vegetables including peas, Brussels sprouts and broccoli, and vitamin B12 is in red meats, eggs and dairy products.

Do you have a vitamin D deficiency?