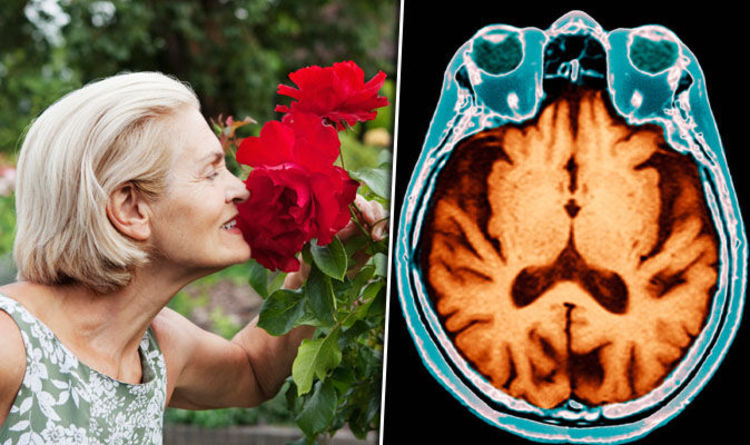 A smell test could find early signs of both Alzheimer’s and Parkinson’s disease, and their underlying cause.

Losing your sense of smell has been linked to the neurological diseases, but current tests face challenges in spotting the conditions early.

Detecting the neurological disorders early would improve treatment, according to researchers form The Rockefeller University, in New York.

The new test would also be used to detect smell loss in patients more reliably than current options, they said.

“They focus on the problem of smell itself, because they don’t force people to match smells to words.

“People have their vision and hearing tested throughout their lives, but smell testing is exceedingly rare.”

Julien Hsieh, another scientist working on the smell test, added: “The goal is to use changes in the sense of smell, along with other biomarkers, to identify underlying causes of these neurological disorders very early, and so potentially improve treatment.”

People have different sensitivity to individual smells, so current smell tests have struggled to isolate those with difficulty sensing smells.

So, bias impacts current tests, and researchers have struggled to overcome this challenge.

The new smell test uses a ‘white smell’ to overcome this bias. A white smell is a unrecognisable, strange smell which nobody would ever have come across before.

People lose their sense of smell for a number of reasons, including head trauma, sinus infection or even a common cold.

But, doctors and society can overlook the condition – which is known as olfactory dysfunction, the researchers claimed.

One of the smell test trialists, Nisha Pradhan said people with a normal sense of smell “think not having a sense of smell just affects our ability to detect gas leaks, smoke, and bad body odour.

“But, it deprives us of so much more, including emotions and memories that are so intimate and integral to the human experience.”

About 6,000 people in the UK are born without a sense of smell, according to the NHS.