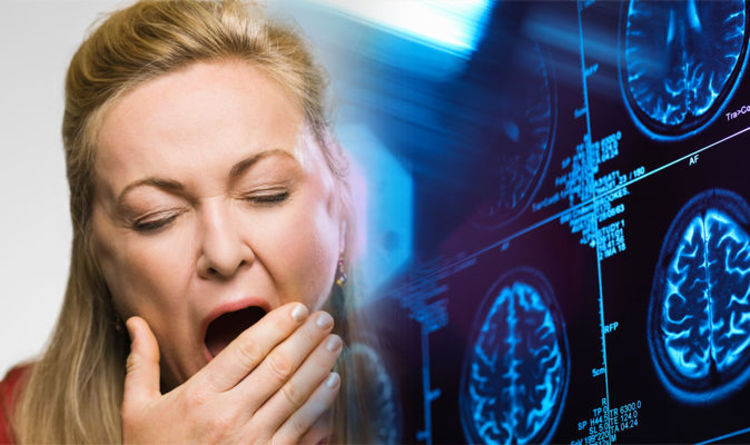 A yawn is an involuntary reflex to have less oxygen in the body than people require.

Experts at the University of Nottingham have revealed the human propensity for contagious yawning is triggered by reflexes in the brain – an area called the motor cortex.

A study has shown the ability to resist yawning when someone near us yawns is not very strong.

Experts have also shown the urge to yawn is increased if we are told to resist yawning. Results have even revealed that by understanding why people yawn it could help reverse certain neural disorders, such as Tourette Syndrome.

Contagious yawning is triggered involuntarily and is a form of echo phenomena.

This is a form of automatic imitation – and chimpanzees and dogs also do it. Experts have said the phenomenon can also be seen in other conditions linked to the same part of the brain such as dementia, autism and Tourette syndrome.

However no matter how hard people try to stifle a yawn – it could change the yawn but won’t change the fact people still need to yawn.

Experts have also revealed that the urge to yawn is individual to everyone.

However, it is not known why echo phenomena occurs – so experts looked at the link between the motor cortex and the neutrons involved in contagious yawning.

The scientists recruited 36 volunteers to help with the study, who viewed video clips showing someone else yawning and were instructed to either resist yawning or to allow themselves to yawn.

They were videoed during the process and the yawns and stifled yawns, and intensity of each volunteers perceived urge to yawn was recorded.

Researchers used transcranial magnetic stimulation (TMS) to also increase the urge to yawn. TMS was used to look at the ‘excitability’ of the motor cortex and predict how likely volunteers were to yawn contagious.

“This research has shown that the ‘urge’ is increased by trying to stop yourself,” said Georgina Jackson, Professor of Cognitive Neuropsychology in the Institute of Mental Health.

“Using electrical stimulation we were able to increase excitability and in doing so increase the propensity for contagious yawning.

“In Tourettes if we could reduce the excitability we might reduce the ticks and that’s what we are working on.”

Stephen Jackson, Professor of Cognitive Neuroscience, in the School of Psychology, led the multidisciplinary study.

He said: “If we can understand how alterations in cortical excitability give rise to neural disorders we can potentially reverse them.

“We are looking for potential non-drug, personalised treatments, using TMS that might be affective in modulating imbalances in the brain networks.”

The study was published in the journal Currently Biology.

WHAT ARE PINS AND NEEDLES?