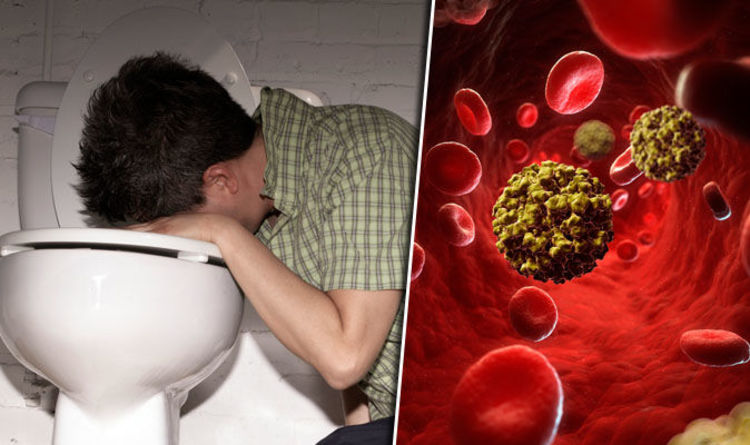 Washing hands after using the toilet is crucial to cut the risk of norovirus infection, according to Public Health England.

You should also wash hands with soap and warm water before eating or preparing food, too.

It’s important to steer clear of hospitals and care homes, to avoid getting the infection, or passing it on to those with weakened immune systems.

Close contact with infection should be avoided to reduce the risk of catching the bug yourself, the health watchdog added.

“Norovirus can be unpleasant and is easily passed on to those around you,” said Public Health England National Infection Service Deputy Director Nick Phin.

“It is transmitted by touching hands or surfaces that the virus has landed on. All surfaces should be thoroughly disinfected after any episode of illness.

“Those who have diarrhoea and vomiting should not prepare food until 48 hours after symptoms have disappeared.

“We advise that they should avoid visiting GP surgeries, care homes and hospitals if they have symptoms.”

Norovirus symptoms include watery diarrhoea, projectile vomiting, and suddenly feeling sick, according to the NHS.

Symptoms usually last for between 24 and 48 hours. They usually appear one or two days after the initial infection.

But, the symptoms can last longer in the elderly, very young children or those with other medical conditions, including cancer and heart disease.

“If anyone has symptoms and is concerned they should contact NHS 111 or talk to their GP by phone,” said Phin.

“Most people get over it within a day or two, but in the very young, elderly or those who have weakened immune systems it can last longer.

“It is easy to get dehydrated, so it is important to drink plenty of fluids to prevent this.”

Since August 10, there’s been 673 confirmed cases of norovirus in England and Wales – five per cent lower than the five-year average.