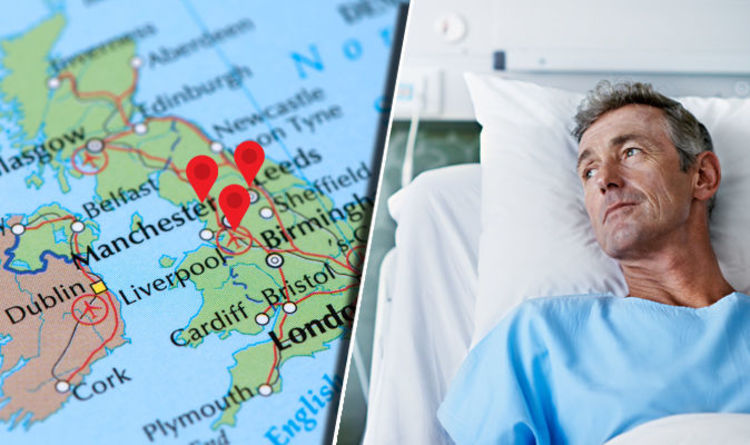 You’re more likely to have a premature death if you live in cities, compared to rural areas of the UK, scientists have claimed.

People living in Manchester, Leeds, Liverpool and Bolton were more likely to suffer premature death than those in Rutland, a rural county in the East Midlands, researchers from the University of Liverpool revealed.

Comparing mortality rates of different regions and occupations, they found 310 men in England with ‘intermediate’ jobs suffered an early death per 100,000. 156 women per 100,000 died early.

205 women with intermediate jobs had premature death in Manchester, while just 77 did in Rutland.

The researchers divided occupations into three groups; high, intermediate and low. Higher categories included managerial and professional jobs, intermediate jobs were clerical and sales occupations, while the lower category was made up of part-time workers.

The number of people dying prematurely – between 16 and 74 – were compared by occupation group, sex, and location.

Both sexes were least likely to die early if they lived in Rutland, and were in the higher occupation group.

The same study was carried out 175 years ago, revealing for the first time that people were more at risk of premature death if they lived in urban areas.

Edwin Chadwick, author of the 1842 study, charted the average age of death by occupation group in five areas of the UK.

He revealed that a labourer in Rutland was more likely to live longer than a professional tradesman in Liverpool.

The University of Liverpool scientists wanted to replicate the study 175 years later, to see if the findings still held true.

“On the 175th anniversary of this report, which was ground-breaking at the time, we wanted to see if, in the 21st Century, your geography – that is where you live – still determined your health and life expectancy,” said leader of the study, Dr Mark Green.

“We found that whilst life expectancy has nearly doubled since Chadwick’s report, there is still a link between where you live, your social class and how long you live to.

“It is remarkable that after 175 years, mortality rates in Liverpool are still higher than in Rutland within each occupational group.

“What this demonstrates is that living in certain locations offers very different life chances and health outcomes for people within the same occupational groups.”